On top of weak economic activity and low credit demand, the Covid-19 crisis macroprudential measures announced by the central bank will weigh heavily on banking sector profits for 2020.

Fitch Solutions, a subsidiary of Fitch Group, has revised its credit growth forecast for Vietnam to 8% in 2020, from 11% previously, due to a sharp slowdown in economic activity amid the Covid-19 pandemic.

This reflected Fitch’s view for a sharper slowdown in credit expansion versus 13.7% in 2019, and also for the measure to fall short of the government’s existing 14% target for 2020.

The downbeat credit growth forecast is despite the State Bank of Vietnam (SBV)'s reduction of its policy interest rates on March 17, which took its refinance rate to 5%, from 6% previously, and its discount rate to 3.5%, from 4% previously. The overnight lending rate in the inter-bank market was also cut to 6%, from 7%.

Fitch maintained its view that the ample liquidity in the banking sector technically should not warrant further interest rate cuts, as the key problem lies in a lack of loan demand amid a weak economic outlook, and accordingly forecast the refinance and discount rate to be held at 5% and 3.5%, respectively, through 2020.

However, with the global economy aggressively easing monetary policy, Fitch stated that risks to its monetary forecasts are towards further easing through both interest rates and other macroprudential measures as the central bank attempts to lift economic growth towards the government’s 6.8% real GDP growth target for 2020.

A softening of inflation on the back of low global oil prices and softer core inflation due to weaker domestic demand will also allow for easier monetary policy if needed.

Therefore, Fitch has revised its 2020 average headline inflation forecast to 3.8%, from 5.7% previously, to account for the plunge in global oil (Brent) prices to below US$20 per barrel at the time of writing, from more than US$60 in January amid an intensifying supply glut and weakening core inflation.

Fitch inflation forecast lies within the SBV's 3.2-4.2% projection for the year and also reflects its view for the SBV to succeed in its target to keep inflation below the 4% level.

Real GDP was estimated to have grown by just 3.8% year-on-year in the first quarter. It is expected that both domestic and external demand will face strong headwinds over the coming quarters and Fitch forecast 2020 real GDP growth to be 2.8%, and imply a sharp deceleration from 7% in 2019.

Income losses due to a weak economic environment, which is likely to see workers being furloughed and/or have their wages reduced will weigh on private consumption. A weak demand outlook, both internally and externally due to a global economy in recession will also prompt businesses to conserve cash and delay their capital expenditure. Both these factors would reduce demand for new loans.

Fitch expected this to be due to three reasons, weaker demand for credit as mentioned above; narrower interest margins; and the central bank’s Covid-19 crisis macroprudential measures.

On March 16, the SBV announced interest adjustments for commercial banks, including a reduction by up to 0.3 percentage points (ppts) for deposit rates and 0.5 ppts for lending rates.

Fitch noted that individual banks are still free to set their own rates on deposit interest for time deposits of tenures above six months. However, unless banks reduce the interest rates offered on these longer-dated deposits by a sufficiently larger margin, they are likely to experience a net compression of their interest margins, which compounded by weaker credit growth, will see a fall in profitability across the sector as a whole.

A rescheduling of debt repayment (principal and interest) as well as an exemption and reduction of interest and fees, if done without some arrangement for larger accumulated repayments at the end of the policy period, will significantly weigh on bank earnings for 2020.

Moreover, the policy period remains highly uncertain given that repayments would only resume three months after the Prime Minister announces the end of the Covid-19 pandemic. Given the fluid situation of the Covid-19 outbreak globally, there is the risk of banks being unable to collect a sizeable proportion of its loans for a large part of the year or even the full year should the Prime Minister announce the end of the pandemic as late as October, meaning the crisis concessions cease in January 2021. 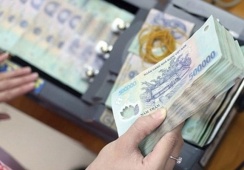