The Hanoitimes - The fair will take place at AEON Mall Long Bien and AEON Mall Ha Dong from November 5 to 9, and between November 19 and 23, respectively.

The 2020 Hanoi Agricultural Fair, which will be held jointly by the Hanoi Promotion Agency (HPA) and Japanese group AEON Vietnam at AEON Mall Long Bien and AEON Center Mall Ha Dong with the aim of improving the sales of local companies in the modern distribution system of the Japanese group.

In each AEON shopping center, there will be between 80 and 100 booths that will display and sell agricultural products. A seminar on the EU-Vietnam Free Trade Agreement (EVFTA) and organic agriculture and tea culture performance will also be held.

The products displayed must be organic, hi-tech farm produce, safe regional specialties, those under the "One Commune, One Province" program in Hanoi and other provinces and cities. All must guarantee the quality and clear origin.

Currently, businesses from 21 provinces have confirmed their participation. The total number of registered booths at AEON Long Bien and AEON Ha Dong is around 90 and 60, respectively.

Earlier, the Ministry of Industry and Trade, the Hanoi People's Committee and AEON Group Japan signed a memorandum of understanding with the goal of achieving export turnover of Vietnamese goods through AEON's system of US$500 million by 2020 and US$1 billion by 2025.

In order to materialize the goal, the city People's Committee has assigned HPA to coordinate with AEON Group to organize trade promotion activities in Japan and help businesses in Hanoi and Vietnam in general to approach the group's distribution system through the Vietnam Goods Week held at the group's stores in Japan.

Last year, the Hanoi Agriculture Fair held at AEON Mall Long Bien attained total revenue of over VND6 billion (US$260,000) after four days of the event. Building back better on food and agriculture 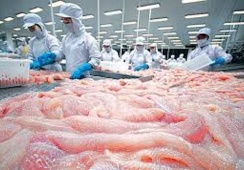 Red River Delta’s specialties to be showcased in Hanoi