The Hanoitimes - Hanoi is determined to be the pioneer among Vietnam’s localities in rebooting the economy in the post pandemic period.

Hanoi’s upcoming investment promotion conference would send a strong message on the city’s determination to ensure a safe and stable investment environment for investors, according to the municipal People’s Committee.

Statistics from the Hanoi Promotion Agency (HPA) revealed since 2016, investment capital to Hanoi has been increasing steadily.

Since Hanoi’s initial containment of the Covid-19 pandemic, the city has shifted focus towards economic recovery and targeted an economic growth rate of 1.3 times higher than the national average.

The upcoming conference is set to attract up to 1,500 delegates, including international experts, investors and senior government officials.

Hanoi is determined to be the pioneer among Vietnam’s localities in rebooting the economy in the post pandemic period, stressed the municipal Party Committee.

According to the municipal People’s Committee, the process would boost Hanoi’s administrative reform and enhance the city’s business and investment environment towards the ultimate goal of achieving high economic growth.

Chairman of the Hanoi People’s Committee Nguyen Duc Chung on May 9 tipped that, at the upcoming event, the city will issue investment licenses for some 100 projects. Among them, domestic investors are expected invest nearly VND330 trillion (US$14.28 billion), including 26 social housing projects worth VND72 trillion (US$3.11 billion) for low-income buyers.

Chung also revealed foreign-invested projects to be licensed by Hanoi this time worth a total US$3.5 billion, and the city would continue to call for investment in IT, logistics and e-commerce.

Director of Hanoi’s Department of Planning and Investment Nguyen Manh Quyen said in May, there were 2,024 newly established enterprises with registered capital of a combined VND24.79 trillion (US$1.07 billion).

This resulted in a total of 12,260 newly establishments in the five-month period for VND181 trillion (US$7.86 billion), down 10% year-on-year in the number but up 9% in capital, Quyen added.

Chairman of the Vietnam Chamber of Commerce and Industry (VCCI) Vu Tien Loc said the growing trend of FDI to Hanoi demonstrate the local authorities‘ efforts to reform administrative procedures and ensure a favorable investment environment. Hanoi willing to cooperate with World Bank in development projects 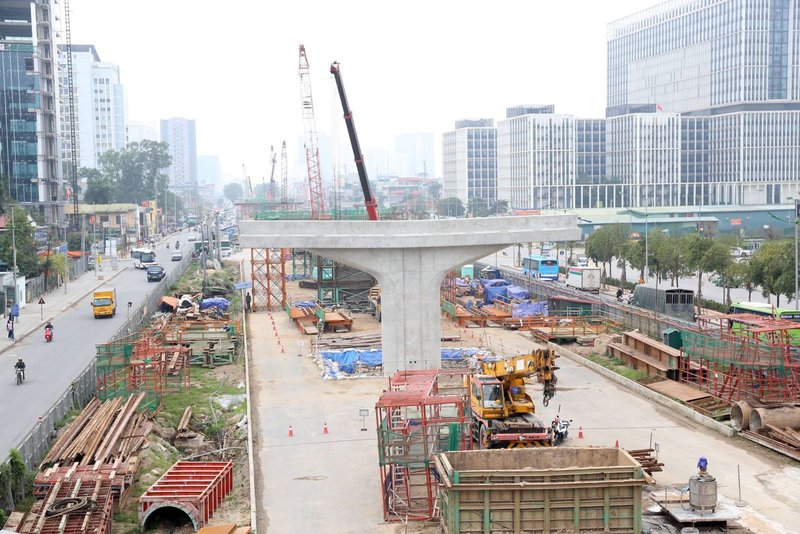