The Hanoitimes - Of the newest infected cases confirmed on March 6 onward, eight are British, one Irish, and one Mexican.

Vietnam on Monday reported one more foreign tourist infected with SARS-CoV-2, taking the toll of infection cases to 31.

The latest case is a British man of 49 years old. He is now under treatment in the central province of Quang Nam and in stable condition, according to the Ministry of Health.

Of 15 newest cases confirmed since on March 6, 12 people took on the same flight from London to Hanoi on March 2 and two others got infected from a Vietnamese woman who is the first case of Hanoi.

Among the newest cases found over the last few days, eight are British nationals, one Irish, and one Mexican.

Between January 23 and February 13, Vietnam reported 16 infected cases. All of them have recovered and been discharged from hospital.

Vietnam experienced 22 days without new infected cases until March 6. Since then, the localities are at high alert to combat the epidemic. Authorities have quickly tracked down people who made contact with the patients and related people. 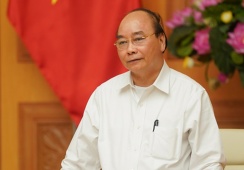 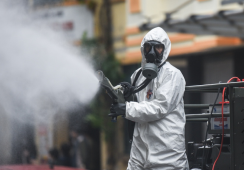 Vietnam finds 8 more nCoV-infected cases on Sunday, all are foreigners 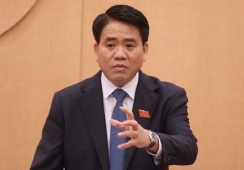