Kookmin Bank’s decision to raise its branches’ registered capital in just a short period of time indicates the bank is optimistic about business prospects in Vietnam.

Previously, the SBV, the country’s central bank, had approved of Kookmin Bank – Hanoi Branch increasing its registered capital from US$35 million to US$100 million after one year of operation.

Kookmin Bank’s decision to raise its branches’ registered capital in just a short period of time indicates the bank’s optimism about business prospects in Vietnam.

In the first four months of 2020, South Korea took the first spot with regard to the number of investment projects in Vietnam with 265, followed by China with 135 and Japan with 116.

In early 2020, the Korea Chamber of Business in Vietnam (KorCham) requested the SBV to issue licenses for more South Korean banks to operate in Vietnam.

According to Korcham, a steady provision of capital from South Korean lenders is necessary for South Korean investors to invest in the country. 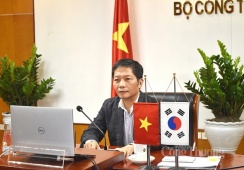