The detail of the investigation is scheduled to be made public this week.

The Office of the US Trade Representative (USTR) last Friday announced its decision to initiate an investigation to determine whether an undervalued Vietnamese dong (VND) may cause negative impacts on US commerce.

Additionally, the USTR will also review Vietnam’s acts, policies, and practices related to the import and use of timber that is illegally harvested or traded. These probes are carried out at the direction of US President Donald Trump, it added.

“President Trump is firmly committed to combating unfair trade practices that harm America’s workers, businesses, farmers, and ranchers.  Using illegal timber in wood products exported to the US market harms the environment and is unfair to US workers and businesses who follow the rules by using legally harvested timber,” stated US Trade Representative Robert E. Lighthizer.

“In addition, unfair currency practices can harm US workers and businesses that compete with Vietnamese products that may be artificially lower-priced because of currency undervaluation.  We will carefully review the results of the investigation and determine what, if any, actions it may be appropriate to take,” he added.

USTR will issue two separate Federal Register notices this week that will provide details of the investigation.

Data from the General STatistics Office revealed Vietnam’s trade surplus with the US stood at US$37.74 billion in the first eight months of 2020, while the former has been one of the US top 10 biggest trading partners.

In a report released early 2020, the US Treasury Department said Vietnam’s net purchases of foreign exchange were 0.8% over the four quarters through June 2019, adding the country’s reserves remained below standard adequacy metrics and there was a reasonable rationale for rebuilding reserves.

Further, while purchases of foreign exchange outweighed sales over the course of these four quarters, the SBV intervened in both directions, selling foreign exchange to resist downward pressure on the VND in the second half of 2018.

Vietnamese officials have several times affirmed that the country does not seek to manipulate its currency for unfair trade advantages.

As of end-August, the level of international reserves held by the State Bank of Vietnam (SBV) was equal to US$92 billion, up from US$80 billion at the end of December. 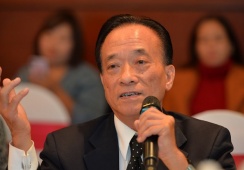 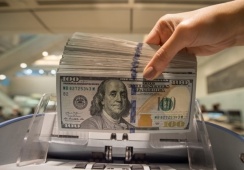