The Hanoitimes - Washington said it is taking additional actions to defend sovereignty rights and interests of ASEAN member countries who are claimants in the South China Sea (called East Sea by Vietnam) dispute.

The US has reaffirmed that it stands with Southeast Asian claimant states in the South China Sea (called East Sea by Vietnam) seeking to defend their sovereign rights and interests, consistent with international law.

Washington said it will continue to act until they see Beijing cease its coercive behavior in the South China Sea, the US Department of State has said in a recent statement.

It stated that the US and all law-abiding nations share a deep interest in the preservation of a free and open South China Sea.

All nations, regardless of military and economic power, should be free to enjoy the rights and freedoms guaranteed to them under international law, as reflected in the 1982 Law of the Sea Convention, without fear of coercion.

Today, the US is taking additional actions to defend these rights and freedoms, the statement said.

Pursuant to Section 212(a)(3)(C) of the Immigration and Nationality Act, the Department of State is imposing visa restrictions on People’s Republic of China (PRC) individuals, including executives of state-owned enterprises and officials of the Chinese Communist Party and People’s Liberation Army (PLA) Navy, responsible for, or complicit in, either the large-scale reclamation, construction, or militarization of disputed outposts in the South China Sea, or the PRC’s use of coercion against Southeast Asian claimants to inhibit their access to offshore resources in the South China Sea. Immediate family members may be subject to these visa restrictions as well.

In addition, the Department of Commerce has added China National Offshore Oil Corporation (CNOOC) Limited to the Entity List in light of its role in the PRC’s campaign of coercion against other claimants of an estimated US$2.5 trillion in South China Sea oil and gas resources. The Chinese Communist Party has used CNOOC and other state enterprises as weapons to attempt to enforce Beijing’s unlawful “Nine Dashed Line.” CNOOC used its mammoth survey rig HD-981 off the Paracel islands in 2014 in an attempt to intimidate Vietnam. CNOOC’s then-chief executive touted that oil rig as “mobile national territory.” 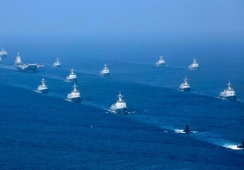 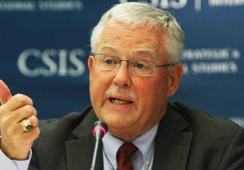