The Hanoitimes - There has been some speculation about the link between Chinese immigrants and the local infections of coronavirus in Vietnam.

Vietnamese police have arrested a Chinese man who ran a ring to bring Chinese immigrants illegally into Vietnam.

Gao Liang Gu, 42, who is believed in the initial investigations the ringleader, was found to stay illegally in a hotel in the central province of Danang on July 25.

The arrest was made after Danang’s police probed on July 21 a case of organized illegal immigration in Vietnam.

Local police had detected 73 Chinese illegal immigrants in Danang and the neighboring province of Quang Nam on July 11, 16, 18, and 24.

In a latest move, on July 27, five other Chinese men were caught when they were in the northern province of Lao Cai. Those people who crossed the border by boat from China’s Guizhou were attempting to fly to Ho Chi Minh City.

On the same day, another group of five Chinese nationals were discovered when they were attemping to leave Lao Cai to head toward the central province of Khanh Hoa, home to famous beach city Nha Trang.

Meanwhile, border guards in the northern province of Quang Ninh said over the past two months more than 300 illegal immigrants who are both Vietnamese and Chinese had been caught red-handed.

The illegal entry of Chinese people has triggered concern over the transmission of coronavirus in Danang a few days ago.

Vietnam had undergone 99 days with no community transmission until July 24 when a 57-year-old man was found to be positive for SARS-CoV-2. His travel history showed that he had not left Danang within a month before being infected with the virus.

The sources of transmission are unknown but there is speculation about the connection between illegal immigrants and local infections.

After the detection of the first locally-transmitted cases, Prime Minister Nguyen Xuan Phuc asked the Ministry of Public Security to investigate the illegal immigration organization cases.

At once, Vietnam has tightened control over immigration and is toughening patrols along the border with China and Cambodia.

The Ministry of Public Security has checked the entry of foreign people to work for companies in Vietnam following concerns about violations on regulations to allow foreigners who are experts, businessmen, and high-skilled workers to enter Vietnam.

Doan Hai Dang, director of Vietnam Travel & Marketing Transports JSC (Vietravel) – Danang Branch, told the Tuoi Tre newspaper that if there is any link between Chinese immigrants and infections, all achievements Vietnam had made in containing the virus and reopening the economy would disappear. 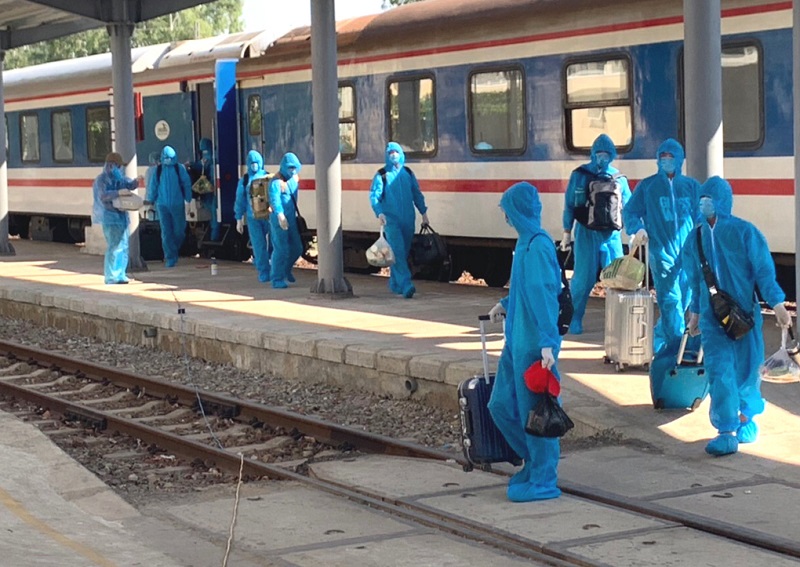 Nearly 1,000 Chinese workers to come to Vietnam this month