The lack of empty containers had directly impacted the exports of Vietnam’s agricultural products.

Global economic recovery and the roll out of massive Covid-19 vaccine across the globe would help boost the outlook of Vietnam’s sea freight transport. However, an ongoing issue of shortage of empty shipping boxes could return and pose high risk to the growth of the logistics sector, according to SSI Securities Corporation.

“Vietnam’s trade turnover and the volume of goods handled at local seaports are predicted to rise by 10% year-on-year, thanks to new trade deals that Vietnam is a part of and the shift of investment capital from China to Vietnam,” said the SSI in a report.

In 2021, the expansion of deep-water ports of Cai Mep – Thi Vai and Lach Huyen would help Vietnam to receive large container ship, which previously had to make transit at transshipment hubs in Singapore or Hong Kong.

“Shipping and logistics companies in Vietnam could expect a 10% year-on-year growth in revenue this year,” noted the SSI.

A recovery in demand for freight transport in China since the third quarter of last year prompted shipping firms to move their empty containers to China to take advantage of the high sea freight fee in the country, causing a shortage of containers in Vietnam and resulting in a high fee for forwarders.

The lack of containers had directly impacted the exports of Vietnam’s agricultural products in the first half of January, including coffee with a sharp decline of 46% year-on-year in volume, rice (-44%), and vegetables (-33%).

Since last November, most shipping companies have announced price hikes of two to 10-fold in ocean freight rates. 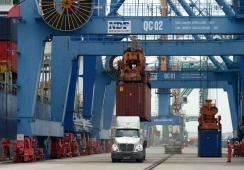 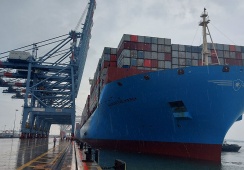