Vietnam joins the world to end violence against women

Some famous landmarks in Vietnam have been selected to light up in orange to commence the international day against violence.

Vietnam commenced the International Day for the Elimination of Violence against Women [November 25] by lighting up famous places across the country in orange.

These buildings and landmarks will be lit in orange during the 16 Days of Activism against violence against women and girls, an international campaign that takes place each year.

Themed “Orange the World: End Violence against Women Now!”, the International Day for the Elimination of Violence against Women, which will last until December 10 was originated by activists at the first Women’s Global Leadership Institute in 1991 and this year marks its 30th anniversary.

Over 6000 organizations in approximately 187 countries have participated in the campaign since 1991, with a reach of 300 million people. It continues to be coordinated each year by the Center for Women’s Global Leadership (CWGL) and is used as an organizing strategy by individuals, institutions, and organizations around the world to call for the prevention and elimination of violence against women and girls.

In Vietnam, nearly two in three married women (63%) have experienced one or more forms of physical, sexual, emotional, and economic violence and controlling behaviors by their husbands in their lifetime. 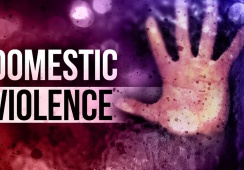 Violence by an intimate partner: A public matter