The Hanoitimes - This year, the country scored the lowest in “High-tech density” at 37, an improvement of three points from last year, and the highest in “Productivity” at 60, up one point.

Vietnam moved up three places in Bloomberg 2020 Innovation Index, or the world top 60 most innovative economies, to the 57th position with 47.64 points out of the maximum 100, up 1.72 points compared to last year’s report.

Singapore (3rd), Malaysia (27th), and Thailand (40th) were three other Southeast Asian nations named in the list this year in addition to Vietnam.

Germany took first place in the 2020 Bloomberg Innovation Index, breaking South Korea’s six-year winning streak, while the US fell one notch to 9th. Notably, Singapore’s leap into the third-place ranking returns it to its post from two years ago.

The ranking shed light on the ability of economies to innovate, a key theme at the annual World Economic Forum in Davos, Switzerland taking place Jan. 21-24.

Among top advanced economies, the US, which was No. 1 when the Bloomberg index debuted in 2013, fell one spot to No. 9 since last year’s ranking. Japan dropped to No. 12, down three spots for the same-sized decline in last year’s index.

The world’s second-biggest economy, China, edged higher by one spot to No. 15. It held onto a second-place ranking on patent activity, and broke into the top five for tertiary efficiency.

“Innovation is a critical driver of growth and prosperity. China’s move up the rankings, and the U.S. drop, is a reminder that without investment in education and research, trade tariffs aren’t going to maintain America’s economic edge,” said Tom Orlik, Bloomberg Economics chief economist in Bloomberg.

The 2020 ranking process began with more than 200 economies. Each was scored on a 0-100 scale based on seven equally weighted categories. Nations that did not report data for at least six categories were eliminated, trimming the total list to 105. Bloomberg publishes the top 60 economies. 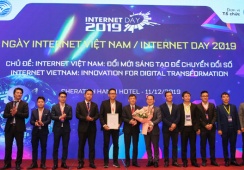