The Ministry of Industry and Trade has predicted that Vietnam will need an investment of US$320.6 billion for developing the national power industry in the 2021-2045 periods.

It is a major content in the draft National Power Development Plan VIII (PDP VIII) for which the Institute of Energy under the Ministry of Industry and Trade is collecting feedback from the relevant agencies.

Vietnam’s electricity output is forecast to rise to 877 billion kWh by 2045 to meet the growing demand for economic expansion, according to the PDP VIII.

By 2030, the power industry will need an investment of US$128.3 billion in building electricity generation and the power grid. The total investment in the 2031-2045 period will be some US$192.3 billion.

Total installed capacity of electricity sources in Vietnam will reach 137.2GW by 2030, in which  wind, solar and other renewable energies will make up the largest proportion (29%), followed by coal-fired thermal power (27%), gas thermal power (21%).

By 2045, the total installed capacity of power sources will gain nearly 276.7GW, in which wind, solar and other renewable energies account for the major portfolio (44%), besides gas thermal power (24%) and coal-fired thermal power (18%).

The draft  plan also revealed that Vietnam will continue to import electricity from China, Laos and Cambodia in the next 10 years.

Vietnam Electricity, the state-owned company, is purchasing electricity from China through two 220kV power lines, with 1.5 billion kWh of power being bought annually during the 2016-2020 period. This northern neighboring market can sell up to 3,000MW of electricity or more to Vietnam from now until 2030. 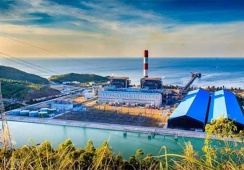 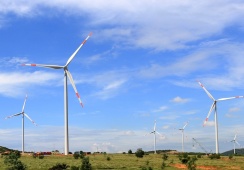