The Hanoitimes - Household businesses not required to formalize into enterprises, and a new definition of state-owned enterprises are among the notable changes to the new law.

The National Assembly (NA) today [June 17] approved the revised Law on Enterprises, scheduled to take effect on January 1, 2021, with the endorsement of 90.7% of its deputies present.

One of the most controversial issues during the process of drafting this law is whether or not to formalize household businesses into enterprises.

Chairman of the NA Committee for Economic Affairs Vu Hong Thanh in previous discussions said 59.58% of NA Deputies objected such an idea and requested a separate law for household businesses. Therefore, the NA Standing Committee has dropped the proposal to include household businesses into the law, Thanh stated.

Another notable change in this revised Law on Enterprises is the redefinition of state-owned enterprise (SOE). Under the new law, SOEs would be those where the state holds a stake of over 50% instead of the previous 100%.

Such a change would help enhance state corporate governance capabilities and fairness in competition with other economic components, stated the Standing Committee. Moreover, a 50% holding is sufficient for the state to maintain its voting rights on key matters of the enterprises.

Additionally, the revised Law on Enterprises has removed the requirement for enterprises to register their seals to the licensing authority, aiming to simplify administrative procedures for enterprises.

Since its first version in 1991, the law was amended twice in 2005 and 2014 with the aim of ensuring freedom of doing business in Vietnam. 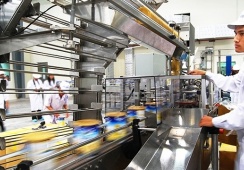