The Hanoitimes - The State Bank of Vietnam would provide refinancing loans for Vietnam Airlines to maintain current operation.

Under its resolution, the NA agreed to allow the State Bank of Vietnam (SBV), the country’s central bank, to provide refinancing loans for Vietnam Airlines to maintain its operation.

At the same time, Vietnam Airlines, in which the state currently holds an 86.19% stake via the Commission for State Capital Management (CSCM), gets the permission to sell additional shares to existing shareholders to raise its registered capital.

As such, the government would assign its investment arm State Capital Investment Corporation (SCIC) to buy Vietnam Airlines shares.

The resolution urged Vietnam Airlines to put in place measures to reduce losses and ensure operation as the Covid-19 pandemic persists.

Previously, Vietnam Airlines proposed the government provide refinancing loans worth VND12 trillion (US$518.57 million) to the airline, including a loan of at least VND4 trillion (US$172.85 million) with preferential interest rates. The bank also suggested that it could sell stake worth VND8 trillion (US$345.68 million) to existing shareholders. In this case, the SCIC could be the agency to buy this amount of shares.

Since the beginning of the year, the Covid-19 pandemic has caused severe impacts on Vietnam Airlines’ business operation, resulting in accumulated loss of VND10.5 trillion (US$453.71 million) in the first nine months of 2020, VnEconomy reported. 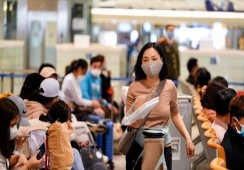 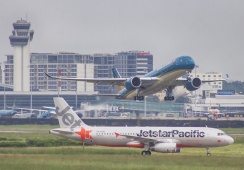