Not only M&A is an effective investment channel, foreign investors’ decision to shift from new investment to M&A shows the development of the domestic economy, said an expert.

Mergers and acquisitions (M&A) activities are positive trends that Vietnam should embrace, especially as Vietnam is looking to attract investment capital shifted from China or elsewhere, according to Nguyen Mai, chairman of the Vietnam Association of Foreign-Invested Enterprises (VAFIE).

This is an opportunity that that Vietnam must seize, Mai said in an interview with Kinh Te & Do Thi, referring to the report that Apple is shifting 30% of total classic AirPods production, equivalent to three to four million units, to Vietnam from China.

Mai allyed some concerns that under the severe consequences of the Covid-19 pandemic, local enterprises are put into a more vulnerable position and face the risk of being acquired at under market prices by foreign companies.

More than ever, many enterprises are in need of capital and external supports to survive, Mai said, adding they should have the rights to look for a way out in this difficult moment.

According to Mai, M&A in this situation would bring mutual benefits for all parties involved. On one hand, local enterprises get much needed support to recover and may gain better corporate governance capabilities, while foreign investors have what they think of a good investment.

Eventually, it is a better solution for firms rather than to stand on the brink of bankruptcy, Mai suggested.

Stressing that M&A is not only an effective investment channel, Mai said foreign investors’ decision to shift from new investments to M&A shows the development of the domestic economy.

Instead of taking two to three years to get new establishments running, foreign enterprises could take advantage of existing platforms and networks of local partners, he said.

Among notable M&A deals in Vietnam are the government’s sale of a nearly 54% stake in Saigon Beer Alcohol Beverage Corp (Sabeco) in 2017 to Vietnam Beverage, a local unit where ThaiBev holds control; or South Korea-based SK Group invested US$1 billion in Vingroup in 2019.

In the first four months of 2020, 3,210 projects received capital contribution from investors. surging 32.9% year-on-year. However, capital poured into them fell 65.3% to US$2.48 billion compared to US$5.68 billion in the same period last year.

China, Japan and South Korea made up 40% of total projects with foreign capital contributions in Vietnam. Japan claimed the first spot in terms of value with US$743 million, followed by South Korea with US$365 million, Singapore (US$333 million) and China (US$230 million).

For a market of with nearly 100 million people, Vietnam should not be overly concerned of the issue, Mai stated.

The country, Mai said, should focus on investment frauds at large projects of US$3 – 4 billion from Vietnamese firms backed by Chinese capital, which could potentially impact national security.

From international experiences, Mai said countries such as Japan or Germany are tightening laws on foreign investment capital, but only focus on firms operating in core economic industries, not on all sectors.

In the coming time, Mai suggested Vietnam prioritize high quality FDI projects with efficient filter mechanisms, which would be key to ensure sustainable economic development in the future. Vietnamese enterprises face risks of being acquired at low prices 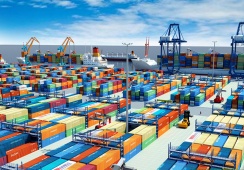 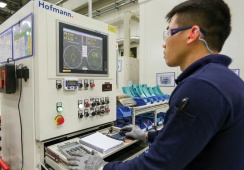