XAV-19 is a coronavirus treatment drug based on polyclonal antibodies that targets Covis-19 patients with moderate conditions.

Vietnam is ready to go on with the third phase of clinical trials of France’s XAV-19 Covid-19 drug and seeks the transfer of its production technology, Deputy Minister of Health (MoH) Tran Van Thuan said at an online working session with Xenothera Company, the drug maker, on September 7.

The session saw the attendance of leaders and experts from the MoH, as well as President Odile Duvaux and CEO Bernard Vanhove of Xenothera Company.

Odile Duvaux said that Xenothera Company is willing to cooperate with Vietnam in implementing the third phase of the trials and to engage in further discussions on the transfer of the drug production technology to Vietnam.

For his part, Deputy Minister Tran Van Thuan highly valued the encouraging results that XAV-19 has achieved in both the first and second phases of the clinical trial.

The deputy minister affirmed Vietnam’s willingness to cooperate with Xenothera in implementing the third phase clinical trials of XAV-19 and receiving technology transfer for production of the drug from the firm.

According to the Ministry of Health, XAV-19 is a coronavirus treatment drug based on polyclonal antibodies that target Covis-19 patients with moderate conditions.

The latest technology XAV-19 represents a polyclonal antibody directed against the SARS-CoV-2 which has been researched and developed by Nantes-based biotech Xenothera.

The results of the first and second phases of XAV-19 clinical trials showed that the drug is effective and safe in preventing the virus progression, neutralizing the virus, and reducing inflammation in patients.

The third phase of clinical trials of XAV-19 is getting underway in France, along with other European countries such as Greece, Bulgaria, Romania, and Spain.

XAV-19 has so far proved to be effective against various SARS-CoV-2 strains, with this polyclonal antibody also having the ability to create immediate immunity and prevent viruses from entering cells.

This represents an important difference from the monoclonal antibodies which are used to treat patients in the early stages of infection. 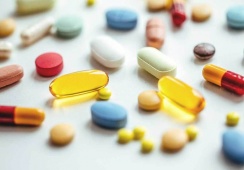