Hanoi hopes trade link will support its export-driven economy while London is trying to secure trade deals ahead of the transition period after Brexit.

Vietnam and the UK have agreed refresh and strengthen their strategic partnership and set the framework for forging ahead in the next decade.

The two sides adopted a joint declaration at a meeting between Vietnamese Deputy Prime Minister and Minister of Foreign Affairs Pham Binh Minh and UK Foreign Secretary Dominic Raab on September 30 during the British diplomat’s visit to Hanoi, the first by a European politician to Vietnam since the start of the Covid-19 pandemic.

The declaration, which marks a milestone of 10 years of the Vietnam-UK Strategic Partnership, outlines the UK and Vietnam’s commitment to further strengthening the bilateral partnership.

It includes (1) deepening bilateral trade and investment, and pursuing more open trade through global and regional economic integration; (2) co-operating to support sustainable economic growth, and to combat the urgent challenges presented by climate change; (3) working together on shared security challenges through peace-keeping operations, military healthcare and training and maritime security; (4) enhancing ties in education, vocational training, higher education, particularly in the field of science and technology; (5) enhancing bilateral cooperation in defense and security and to combat serious and organized crime; (6) promoting people-to-people links, equal rights, including promoting gender equality and tackling modern slavery; and (7) committing to a closer coordination through multilateral fora, including the United Nations and within the framework of ASEAN.

To prepare for partnership in the next 10 years, the two sides highlighted the importance of a bilateral trade agreement that dominates the talks between UK Foreign Secretary Dominic Raab and his counterpart Pham Binh Minh, and between the UK Foreign Secretary and Vietnamese Prime Minister Nguyen Xuan Phuc on September 30.

Mr. Phuc said “Vietnam considers the UK a major trading partner in Europe and in the world”. He noted that a free trade deal with Britain, once it takes effect, would “help both countries boost economic recovery in post Covid-19 period.”

In reality, both sides are looking to strengthen trade ties. The EU-Vietnam Free Trade Agreement (EVFTA) took effect in August, but Brexit leaves the UK out of that agreement.

“We have secured Vietnam’s public support for the UK joining the Comprehensive and Progressive Trans-Pacific Partnership,” Mr. Raab wrote on Twitter. “This is a significant step in taking the UK-Vietnam economic relationship to the next level, and demonstrating the U.K.'s commitment and value to the region.”

The UK attempts to secure trade deals ahead of the ending of a transition period in December for Brexit from the European Union, its closest trading partner, while Vietnam hopes the trade link will help its post-pandemic economic recovery.

In 2019, the two-way trade hit US$6.6 billion while British investment in Vietnam reached US$3.7 billion.

Mr. Raab stressed the importance of Vietnam in the Asia-Pacific and Southeast Asia.

Vietnam, the only country in Southeast Asia to post economic growth this year as forecast by ADB, has signed more than a dozen free trade agreements, including one with the European Union and an 11-country CPTPP deal that slashes tariffs across much of the Asia-Pacific.

During the Vietnam visit, Mr. Raab said his country is committed to working with the region on issues like maritime security -- a likely reference to the disputed South China Sea. He also held a conference call with ASEAN foreign ministers while in Hanoi. Vietnam willing to share experience with UK on CPTPP accession 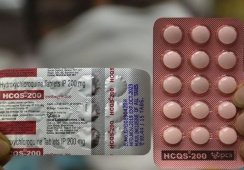