Experts said that a series of favorable conditions are encouraging local banks’ plans to sell shares to foreign investors for capital hike in a move to meet the Vietnamese central bank’s Basel II regulation.

Considerable interest from foreign investors and favorable conditions are supporting many Vietnamese banks to promote their share sales and come closer to the completion of capital hike plans.

According to industry insiders, after the deal between South Korea’s KEB Hana Bank and Hanoi-based Commercial Bank for Investment and Development of Vietnam (BIDV) recently, the market will see many other deals in the banking sector to be completed soon.

Among them, the sale of a 7.5% stake, or 141.5 million new shares and 47 million treasury shares of Vietnam’s Military Commercial Joint Stock Bank (MBBank), is expected to be completed by the end of this month.

Many foreign investors have shown their interested in MBBank’s offer and the bank is currently working with about 40 investors from economies that include Japan, Hong Kong, Singapore and South Korea, according to Bloomberg.

Chairman of another bank, National Citizen JS Commercial Bank (NCB), Nguyen Tien Dung has also recently worked on the bank’s share sale many times with investors from Japan and Singapore. The bank's leader said that Japanese and Singaporean investors would buy NCB’s shares in its new issuance to become NCB's foreign shareholders.

Notably, the market is waiting for news from state-owned Vietcombank’s private placement. Accordingly, Vietcombank will sell a 6.5% stake to foreign investors due at the end of this year or early 2020. The deal is estimated to exceed more than US$1 billion.

Vietcombank’s representatives revealed that the bank’s offering is quite favorable as many foreign investors are interested in the acquisition.

Industry insiders said that it is difficult for Vietcombank's existing shareholders, including Singapore’s sovereign wealth fund GIC Private Limited (GIC) and Japan’s Mizuho Bank Ltd (Mizuho), to ignore the placement as the bank’s earnings has a very positive outlook and is likely to double over the next 5 years. Most likely, GIC - after acquiring a 2.55% stake of Vietcombank at the end of last year - will continue to participate in the next offering, while Mizuho will also continue to buy Vietcombank shares in the placement to maintain its ownership ratio of 15%.

Besides Vietcombank, state-owned VietinBank is also expecting to get the government’s approval to increase the foreign holding cap in a move to increase capital. Meanwhile, its strategic shareholder MUFG Bank has also continually expressed its desire to buy more shares of VietinBank. Eiichi Yoshikawa, vice president of MUFG Bank, said the Japanese bank wanted to increase its holding at VietinBank from the current 20% to 50%.

Experts said that a series of favorable conditions are encouraging local banks’ plans to sell shares to foreign investors for capital hike in a move to meet the Vietnamese central bank’s Basel II regulation.

According to Bui Quang Tin, CEO of Bizlight Business School, besides efforts of the Vietnamese government to call for foreign inflow to the banking sector, improvement in business performance and asset quality of local banks also contributes to intensifying trust of foreign investors.

Besides, while it is hard for investors to set up wholly foreign owned banks in Vietnam after the Government said it would limit or possibly stop issuing new licenses for the establishment of wholly-owned foreign banks in the country, the best option for foreign investors to enter the Vietnamese market now is through M&A deals with local banks and financial firms.

“In the current context, the most common way for foreign investors to enter the Vietnamese financial market is acquiring stakes in local banks or buy financial companies instead of establishing new ones,” banking expert Nguyen Tri Hieu said, adding the M&A would also help reduce many legal and procedural difficulties for foreign investors. 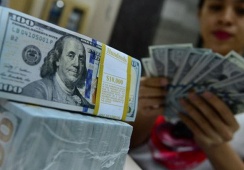 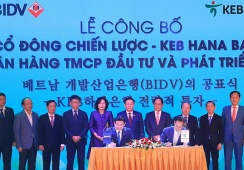 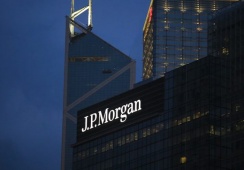