Vietnamese have faith in decisions made at 13th National Party Congress

The Hanoitimes - The public has confidence that decisions issued by the congress will create breakthroughs in Vietnam’s development.

The 13th National Party Congress, underway in Hanoi from January 25 to February 2, marks an important milestone in the development of Vietnam’s Party and is expected to accelerate national renovation, development, and international integration.

The public has confidence that decisions issued by the congress will create breakthroughs in Vietnam’s development.

Dr. Nguyen Huu Dung, the former director of Institute of Science, Labor and Social Affairs under the Ministry of Labor, Invalids and Social Affairs, expressed his belief that social welfare will cover every citizen under the drastic instructions of the Party.

The social insurance and health insurance have become the main pillar in the social welfare system, with over 90% of the population enrolling in health insurance, Dr. Dung said, adding that these achievements have proved the Party’s correct policy, the strong involvement of the party’s committee and authorities at all levels in its implementation.

"Vietnam has set the target to become a developed country with high middle income by 2030, we expect that the direction will be translated into specific views, directions and tasks at the 13th congress," said Dr. Dung.

Besides, the country’s education and training need to be continuously innovated in an open and flexible way to improve the quality of human resources as well as meeting the requirements of the industrial revolution 4.0, Dr. Dung added.

He noted that the labor market should be developed, urban unemployment rate needs to be kept below 4% and agricultural employment would account for less than 25% of all jobs by 2025.

Mr. Chu Van Chuan, a member of  Hanoi Committee of the Vietnam Fatherland Front, said: Like many others, I’m very excited to witness great achivement the 12th Party Congress has received in the past time. We have gained progresses in all fields, especially in the anti-corruption and in the fight against the Covid-19 pandemic.

I believe that at the 13th Party Congress, the Party building and rectification works will be carried out drastically, promoting the people's right to mastery: People know, people discuss, people do and people supervise.

She said cadres are the root of all works. Good cadres who dare to think and do for people can bring innovation and great success to the national construction. Building the Party’s Executive Central Committee, which is the core of political leadership and the nucleus rallying the Party’s unity, is an important job inherent in the country’s destiny and development. 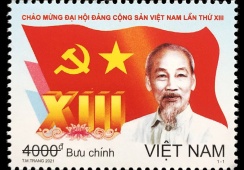 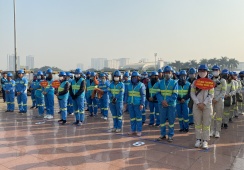 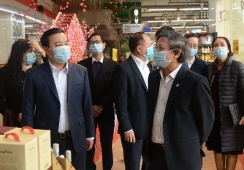