The Hanoitimes - A survey in the manufacturing and processing in Q1 revealed nearly 60% of enterprises saw stability and even improvements in business performance compared to the previous quarter.

Vietnam has seen a total of 29,700 enterprises set up with registered capital of a combined VND351.4 trillion (US$14.94 billion) in the first quarter this year, up 4.4% in number but down 6.4% in registered capital year-on-year, according to the General Statistics Office.

Average registered capital per newly-established enterprise reached VND11.8 billion (US$501,782) during this period, down 10.4% year-on-year.

If including VND552.4 trillion (US$23.49 billion) of additionally capital pumped by operational enterprises, total registered capital added to the economy in the first quarter was VND903.8 trillion (US$38.44 billion), down 17.7% year-on-year.

Most of the newly-established enterprises are in the fields of wholesale, retail, automobile repair with 10,015 enterprises, up 6.9% year-on-year. New businesses in the construction sector totaled 3,941, up 3.7%; manufacturing and processing with 3,685, up 2%; science, technology, consultancy, design, advertising and others with 2,788, up 17.5%, among others.

Besides, 14,800 enterprises resumed operation, a decline of 1.6% against the similar period last year, bringing the total number of newly-registered and revived enterprises in the three-month period to nearly 44,500.

Total number of laborers of newly-established enterprises in the January – March period was 243,700, down 23.3% against the same period last year, according to the government-run agency.

A survey on the business sentiment in the manufacturing and processing in the first quarter showed 20.9% of enterprises saw improvements in business performance compared to the previous quarter; 42% were facing difficulties and 37.1% said their businesses were stable.

For the second quarter of 2020, 38.8% of the surveyed enterprises predicted positive outlook for their operation compared to the first quarter; 25.9% expected more difficulties and 35.3% saw stability. 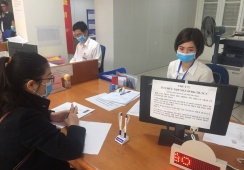 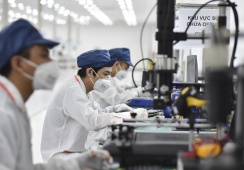 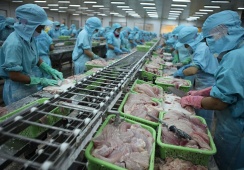