The Vietnamese president said the transition must ensure equal access to opportunities and benefits to ensure no one left behind.

Vietnam’s President Nguyen Xuan Phuc said at the Leaders Summit on Climate held virtually on April 22-23 that the climate transition must be inclusive.

The process must ensure equal access to opportunities and benefits and place people at the center with no one left behind, Phuc said in his speech delivered on April 23 at the summit that was participated by 40 world leaders invited by US President Joe Biden.

He said transitioning to a green and net-zero emission economy is an inevitable trend and imperative task to limiting global warming to 1.5 degrees Celsius.

This process will be challenging but certainly bring huge opportunities and benefits in creating jobs, ensuring energy security, and enhancing economic competitiveness and sustainability, he said, noting that Vietnam is determined to follow this path.

The second point in his speech is that developed countries should continue to take the lead in emission reduction, giving greater concrete support to developing countries, including Vietnam, in the field of finance, new technology development, high-quality and efficient infrastructure and job creation.

“We welcome and look forward to receiving the assistance from the US International Climate Finance Plan and other international financial arrangements, including from international companies and corporations,” Phuc said.

Pursuing climate goals should be compatible with each country’s conditions, including the need to alter lifestyles, modes of production and work, his third point showed.

This endeavor must be integrated into national development strategies and plans. Accordingly, each country must itself make efforts and make good use of international aid and resources. There need also be national mechanisms for oversight and evaluation of implementation to improve their ability to recover.

The summit marked the participation of nearly all invited leaders, executives from big banks and energy companies, billionaires and other entrepreneurs, including Microsoft co-founder Bill Gates, and Pope Francis, according to the White House.

Vietnam and the US have pledged further cooperation in climate adaptation after the Biden administration identified climate change as one of its top four priorities.

Over the past years, the US government is moving ahead with the preparation of additional bilateral development assistance to support Vietnam’s effort to respond to climate change.

The US Agency for International Development (USAID) has shouldered with Vietnam, which is widely cited as one of the five countries being the most vulnerable to climate change in the world, because of high population density in lowland river deltas and coastal areas as well as its long coastline and geographic position in relation to cyclones. 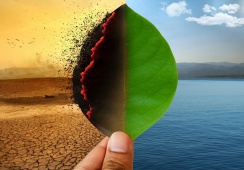 Vietnam, US commit to shoulder against climate change 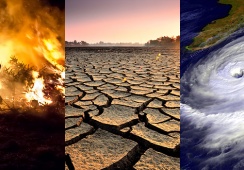 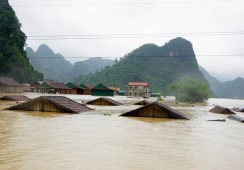