South Korea will continue to support ASEAN in enhancing health capability and providing the bloc with Covid-19 vaccines.

Timely and effective cooperation between ASEAN and South Korea has contributed to regional efforts against the Covid-19 pandemic.

Foreign Minister Bui Thanh Son gave the remarks during the ASEAN-Republic of Korea Ministerial Meeting held under the virtual format on August 3, under the framework of the 54th ASEAN Foreign Ministers’ Meeting (AMM-54).

“South Korea’s role is growing in the region with its New Southern Policy,” stated Thanh Son, expecting the East Asian country to continue assisting ASEAN in enhancing health capability and providing the bloc with Covid-19 vaccines.

According to Son, both sides should continue creating favorable conditions for the two business communities expanding investment activities, applying technological advancements and innovations.

Vietnam’s foreign minister also thanked South Korea for supporting ASEAN’s stance on the East Sea, calling for the nation to cooperating in resolving territorial disputes based on peaceful means and international law, including the 1982 UN Convention on the Law of the Sea (UNCLOS).

“ASEAN is committed to fully and effectively implementing the Declaration on the Conduct of Parties in the East Sea (DOC) and soon finalizing the Code of Conduct for the East Sea (COC) that is in line with the 1982 UNCLOS,” Son noted.

Son stressed the bloc’s support for South Korea’s efforts in pursuing peace, stability, and full denuclearization of the Korean Peninsula.

“ASEAN is willing to play a role and support dialogue between related parties,” he added.

In addition to US$1 million support for ASEAN in the Covid-19 fight, Chung proposed the organization of the ASEAN-South Korea Health Ministerial Meeting in 2021 to further cooperation in this regard.

Chung also expressed commitment to support ASEAN in the realization of its ASEAN Comprehensive Recovery Framework; the launch of ASEAN-South Korean Financial Cooperation Center within the South Korea Mission in ASEAN to support enterprises; supporting small and medium enterprises via the ASEAN-Republic of Korea Startups Partnership;  assisting ASEAN in digital transformation, including the Technology Advice and Solutions from Korea (TASK) and the soon establishment of ASEAN-South Korea Industrial Innovation Center; discussing measures for reopening borders under certain conditions. 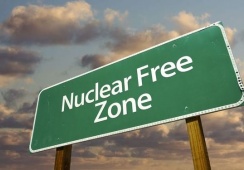 ASEAN expected to spend US$10.5 million to purchase vaccines ASEAN foreign ministers gather for 20 meetings in a week