Vietnam ranks first in the top destination countries that is most searched by international tourists.

The recent analytical data from Google Destination Insights dedicates that the number of international searches about Vietnam tourism is on an upward trend. The country is the fastest-growing destination globally among the list of “Top Growth by Destination Country” with a growth rate of over 75%.

It is considered a positive sign for the Vietnam tourism industry, especially as it is striving for regaining the industry growth momentum.

Accordingly, since December 2021, the number of searches about Vietnam tourism has increased by more than 75%. This is the highest increase globally. Following Vietnam is Chile with an increase of 50-75%. New Zealand, Sri Lanka, Bulgaria, and Croatia have growth rates of 25-50%. Overall search demand for global travel also increased by 56% year on year.

The main driver of this rise is the rapid increase in international search volume for aviation to Vietnam with growth in December 2021 of 19%, it increased to 133% by the beginning of February 2022 and 557% by February 8.

Search volume for accommodation in Vietnam also increased rapidly, reaching 228% on February 1 and peaking at 426% on February 3. These figures are all compared with the same period in 2021.

Launched by late 2020, The Destination Insights is a tool to give a clear picture of the top sources of demand for a destination, and the destinations within countries that travelers are most interested in visiting.

Based on its statistic, local holiday policymakers can map out a possible resumption of travel on specific routes and make choices about where to communicate with potential future travelers.

It seems that tourists’ need for travel and entertainment becomes stronger after two-year hiatus because of the Covid-19 pandemic.

In just one week during Tet Holiday, early this February, Ho Chi Minh City welcomed more than 300,000 visitors, earning revenue of VND3.1 trillion (US$13.5 million). The figure is equivalent to 1/10 of the city's tourism revenue for the whole of 2021.

It is expected that there will be more high net-worth traveler groups from Northern Europe, North America, Russia coming to HCMC in the second quarter of 2022 to experience long-term travel itineraries from the South to the North of Vietnam.

According to Deputy General Director of SACO Travel Ltd. Pham Ngoc Ha, the demand for travel is currently increasing by 250% compared to the same period last year. “The number of people who interact on social networks as well as that of calls for tourism information has been increasing significantly since the beginning of February,” he said.

Director of Anh Viet Hop on - Hop off Travel Ltd. Nguyen Khoa Luan said that the number of travelers using HCMC sightseeing buses has increased dramatically. The tour operator served 12,000 guests during the seven days of the Tet holiday. In order to stimulate tourism during the upcoming holiday of Revolution and May Day, it will launch various other attractive promotions.

According to the Director of Ho Chi Minh City Department of Tourism, Nguyen Thi Anh Hoa, the city is likely to welcome at least 3.5 million international visitors and 25 million domestic tourists. The tourism revenue may reach VND100 trillion (US$4.3 billion) in 2022.

Meanwhile, Hanoi targets to welcome 10-12 million visitors next year, including 1.2-2 million international tourists, with tourism safety given the top priority.

Pham Diem Hao, Deputy Head of Tourism Resources Planning and Development under the Hanoi Department of Tourism said the focus of the industry next year will be three groups of tasks including implementing programs to upgrade product quality, promote tourist destinations as well as building a digital transformation project of the city's tourism industry. 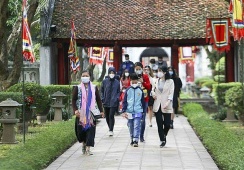 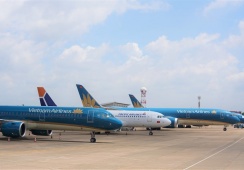 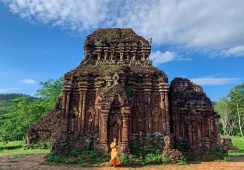 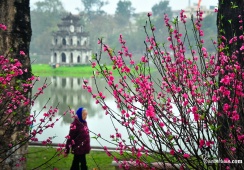