As part of the national program on sustainable poverty reduction in 2021-2025, the Vietnamese Government is set to earmark VND75 trillion (US$3.2 billion) for this purpose.

Minister of Labor, Invalids and Social Affairs Dao Ngoc Dung revealed the figure at a sitting of the National Assembly today [July 23].

For the past five years, Dung said the poverty rate declined sharply from 9.88% in 2015 to 2.75% in 2020, saying over eight million people escaped from the poor and near-poor status.

“Vietnam is the first and also among 30 countries adopting the multi-dimensional approach for assessing poverty, in line with sustainable development goals,” he noted, saying the country has achieved the UN’s millennial goals on poverty reduction ahead of schedule.

Giving the specific plan on poverty reduction in the next period, Dung noted the Government's plans to address localities with a high poverty rate of over 40%, including the Muong Nhe District (Dien Bien Province) at 59.97%, Ky Son District (Nghe An Province) with 42.21%; and Dong Van District (Ha Giang Province) with 41.96%.

“Unsustainable poverty reduction in certain provinces are partly due to natural disasters and diseases, along with the lack of necessary skills of its population to compete in the labor market,” Dung added.

Under the multi-dimensional poverty standards in 2022-2025, Vietnam is expected to have 4.47 million households, or 17.44 million people, having income under the poverty threshold by January 2022.

Among measures set up by the government, Dung said the focus would be to improve socio-economic infrastructures as a means to boost livelihood diversification for the poor.

According to Dung, the specific goals of the program is to reduce the national poverty rate by 1-1.5% per year; the rate of poor households in poor areas to decline by 4-5% per year; rate of poverty in ethnic groups to drop by 3% per year under the multi-dimensional poverty standards.

The government expects the rate of people in poor areas to have access to job training by 60%, and at least one member in the poor and near-poor households to have a sustainable job. 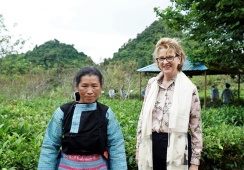 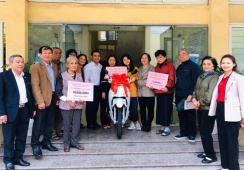 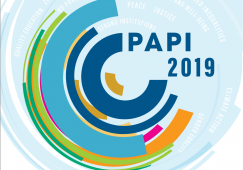