The figure is slightly higher than the amount recorded for 2022.

Director of the Hanoi’s Department of Planning and Investment Do Anh Tuan revealed the figure at the 9th session of the Hanoi People’s Council held today [September 12].

According to Tuan, the priority in 2023 would be for the city’s key projects, including the Hanoi Children Hospital-Phase 1, the Children Palace, the Yen Xa Wastewater treatment plant; and the Soc Son waste treatment complex Phase II.

“The slow progress was due to delay in  investment procedures. Meanwhile, the reason for ODA projects lagging behind is sluggish site clearance,” Tuan said.

Head of the Economy-Budget Committee under the municipal People’s Council Ho Van Nga agreed on the capital amount for the public investment plan 2021-2025, urging the city to ensure effective utilization of state capital in major projects to aid the socio-economic development.

In 2022, Hanoi expects around VND10.2 trillion ($443.2 million) would be assigned to rural and urban districts for developing their respective infrastructure projects, including the construction of new schools, upgrading healthcare facilities, and preservation historical sites, which reflects the city’s attention to supporting the growth at grass-roots levels. 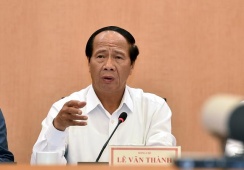 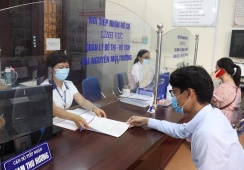