Leased vehicles carrying experts, officials, employees, and workers of agencies, industrial parks, and export processing zones will be allowed to operate between these localities.

The Hanoi Department of Transport has ordered the suspension of road passenger transport between the capital city and 37 Covid-19-stricken provinces and cities nationwide from July 18.

The department made the decision on July 17 night after the Prime Minister decided to impose partial lockdown on 19 southern cities and provinces.

The department said road transport vehicles, including taxis, buses, leased and fixed-route vehicles, will have to stop between Hanoi and the 37 provinces and cities, including 14 localities to which public transportation was already suspended since July 8.

The above-mentioned provinces and cities include Ha Nam, Thanh Hoa, Nghe An, Ha Tinh and the southern provinces from Thua Thien-Hue downwards.

However, leased vehicles with drivers carrying experts, officials, employees, and workers of agencies, industrial parks, and export processing zones will be allowed to operate between these localities, the department added.

The department asked all transport businesses to strictly apply measures to prevent the spreading of the Covid-19 pandemic, by requesting drivers and passengers to wear face masks during the journey and provide hand sanitizers.

Public transport to and from all the localities will be allowed to reopen if a locality goes through 14 consecutive days without any new coronavirus infections in the community or until further notice.

“Hanoi has to impose movement restrictions to keep at bay an expanding coronavirus outbreak, as southern provinces reported a record rise in the number of Covid-19 cases,” Chairman of the Hanoi People's Committee Chu Ngoc Anh told press media on July 17.

"The number of people traveling to the capital city is very high, implying threat of spreading the virus in the community," the mayor added.

On July 14, 22 Covid-19 checkpoints were set up to supervise people and vehicles entering Hanoi as part of pandemic prevention measures.

Since the new wave of Covid-19 emerged in Vietnam in late April, Hanoi has recorded 594 Covid-19 cases, 205 of them community transmissions.

At the time of writing, the country’s local infection count hit 50,946 and the death toll reached 225 in 58 of its 63 cities and provinces, with concerns growing of a faster spread. 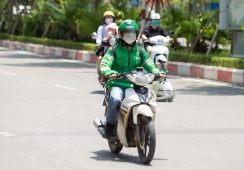 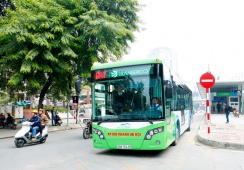