Before Tet holiday, the stock market showed sign of recovery following a historic slump, while the gold prices on the world market was on the declining trend.

Strong volatile stock and gold markets before Tet holiday, the country’s largest festive period, have not prevented investors from ramping up investment activities when the week-long break ends.

At the close on February 11, gold prices quoted by Kitco news declined by US$20 against the previous day to US$1,823 per ounce. This resulted in a 2.6% decrease of the gold prices, or US$50, for the whole week.

Such decrease in price was due to lower demand for gold as many Asian countries were preparing for the Lunar New Year holiday.

While the gold prices on the world market was on the declining trend, the domestic prices remained high as the God of Wealth Day (February 21), the day when people would rush to buy gold expecting this would bring good fortune to their businesses and families in a new year, is getting near.

Selling prices of gold bar from state-owned Saigon Jewelry Company (SJC), the country’s largest gold and gold jewelry production and distribution company, stayed high at VND57.35 million (US$2,477) per tael, an increase of VND100,000 (US$4.32) against the previous day. As a result, SJC gold prices in Vietnam were VND6.15 million (US$265.68) higher than the world prices, the highest gap since mid 2020.

Experts suggested an upward trend of the domestic gold prices is due to the high demand for gold from locals amid the approaching God of Wealth Day.

In the past few years, gold consumption demand in Vietnam remained high from year-end to post-Tet period, as many Vietnamese people have a tradition of buying gold for luck.

“I bought four taels of gold two weeks before Tet and would sell them on the God of Wealth Day for profit,” said Nguyen Long, an individual gold investor from Hanoi. Meanwhile, a gold seller at a store in Tran Nhan Tong street (Hanoi) said the majority of customers were buying gold before Tet.

Before Tet, many banks decided to lower lending rates by 0.1-04 percentage points. Vietcombank posted its highest rates of 5.5% per annum for loans of 12 months, 3.8% for six to nine-month period, and 2.9% for one-month loan.

This was Vietcombank’s first interest rates cut this year, but the sixth since early 2020. Compared to late 2020, the lender’s interest rates were down by 0.1-0.15 percentage points.

Other banks also reduced their respective interest rates up to 0.4 percentage points, including ACB, VietABank, Sacombank, SHB, ABBank, and PVCombank.

Lower interest rates before Tet was due to abundant liquidity in the banking sector since late 2020. Despite the credit growth has been on the recovery trend and reached an estimated of 11-12% in 2020, this remained lower compared to the capital mobilization rate of banks, resulting in high amount of cash in the system.

Experts have noted that the interest rates could be stabilized or slightly reduced in the first quarter, as the economic recovery process was stil hindered by serious Covid-19 situation.

In a low-interest rate environment, investors would turn to other investment channels, especially the stock market. 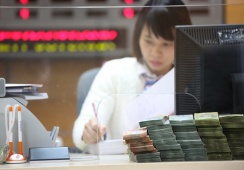 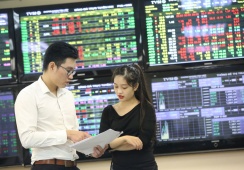 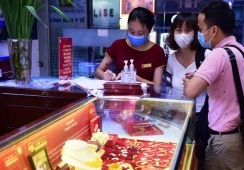