Vietnam is one among beneficiaries in Japan’s global support of logistics for the fight against Covid-19.

Japan has pledged to support Covid-19 vaccine facilities to Vietnam, including the preparation for cold storage equipment.

Japanese Prime Minister Suga Yoshihide made the commitment in telephone talks with Secretary General of the Communist Party of Vietnam (CPV) and State President Nguyen Phu Trong on March 22.

The telephone talks between Suga and Trong were held at the request of the Vietnamese side, following Trong’s re-election as the CPV’s Secretary General, according to the Japanese Foreign Ministry.

During the talks, the Vietnamese leader expressed appreciation for the Japanese offer of vaccination support. He affirmed that Vietnam consistently considers Japan the leading strategic partner.

The two leaders agreed to continue cooperating toward 2023, which marks the 50th anniversary of the bilateral diplomatic relations.

Earlier this month, Japan announced it will provide US$41 million to Vietnam and 24 other countries to set up ultra-cold storage chains and medical equipment to combat the Covid-19 pandemic.

The grant, which would be provided through the United Nations Children’s Fund (UNICEF) in the global vaccine sharing mechanism – COVAX Facility, is aimed at delivering vaccines to each and every person in all corners of developing countries. 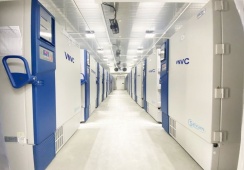 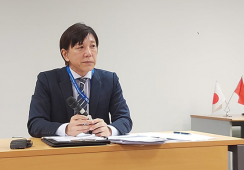 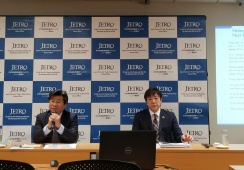