The newest case drives up the infection caseload in Hanoi to 7.

The number of people positive with the new coronavirus in Vietnam hit 47 as of March 13 with three more cases confirmed in the day.

The 45th case is a man in Ho Chi Minh City who made contact with the 34th patient, a businesswoman in the central province of Binh Thuan found positive with the virus after a trip to the US.

With the new case, the number of people who got contagious from the 34th case has hit nine, including eight in Binh Thuan.

In a related development, Binh Thuan’s authorities on Thursday [March 12] midnight blocked two streets in Phan Thiet city where the infected ones live.

The 46th case is a 30-year-old female flight attendant of Vietnam Airlines who served a flight which departed London and landed in Hanoi on March 9. She tested positive three days after the flight.

The 47th case is a house-keeper in Hanoi who was in close contact with the 17th case – Nguyen Hong Nhung – the first patient of Hanoi. So far, Hanoi has reported seven infections.

Vietnam had not found infections for 22 days before it was hit again with the new case on March 6. Over the past week, the country has confirmed 31 cases, including 11 foreigners, mostly Britons.

Except for 16 cases detected and cured between January 23 and February 26, most the infectors and new infected ones traveled from foreign countries, including the UK, the US, and South Korea. Among them, 19 people are related to two Vietnam Airlines flights from London to Hanoi and one private jet from London to Ho Chi Minh City.

Meanwhile, the origin of the first 16 cases was China. 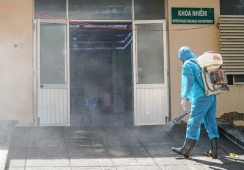 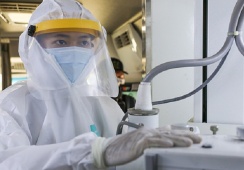 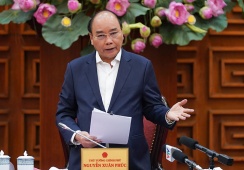