The total amount of fiscal supports in the forms of waiving and reducing taxes, fees, or land rental fees from 2020 to date has reached a total of VND118 trillion ($5.18 billion).

The Ministry of Finance (MoF) and the State Bank of Vietnam (SBV) are taking steps to ensure more supports to be provided for businesses affected by the Covid-19 pandemic.

The information was revealed at the government’s monthly press conference held today [August 11].

At the meeting, SBV Vice Governor Dao Minh Tu informed 16 commercial banks have committed to reducing interest rates for businesses, estimated to be worth VND20.3 trillion ($892 million) from now until late 2021.

Meanwhile, four state-owned banks including Vietcombank, VietinBank, BIDV, and Agribank have also agreed to lower interest rates for enterprises operating in cities/provinces under social distancing orders bringing the total amount of profit foregone by such measures to VND24.3 trillion ($1.06 billion).

According to Tu, last year, the SBV has cut the policy rates three times with a combined 1.5-2 percentage points, which allowed commercial banks to reduce their lending rates by 1.2-1.5 percentage points.

“The SBV has instructed banks to cut interest rates as much as. Possible for customers as a way to share the hardship for the business community,” said Tu, adding the central bank would supervise banks to see whether they are fulfilling their promise in this regard.

Along with SBV’s efforts to keep interest rates at a low level, the MoF is pushing for the new support package in fees and tax relief worth VND20 trillion ($877 million).

Vice Minister of Finance Nguyen Duc Chi said the package would be applicable to small and medium enterprises with revenue below VDN200 billion ($8.78 million); a 50% cut in tax payments for business and individual households; lowering value-added tax (VAT) for enterprises in fields severely impacted by the pandemic, including transportation, tourism, and hospitality services.

“The package is in the final step to soon become effective,” added Chi.

Chi also added the total amount of fiscal supports in the forms of waiving and reducing taxes, fees, or land rental fees from 2020 to date has reached a total of VND118 trillion ($5.18 billion).

Regarding the operation of the Ho Chi Minh City Stock Exchange (HoSE), Chi added the stock exchange is expected to reverse the current stipulation on a minimum trading lot of 100 shares to 10 this August.

HoSE previously was forced to raise the minimum trading lot to 100 as part of series of measures to address the crash that occurred when there was a surge in transaction orders. 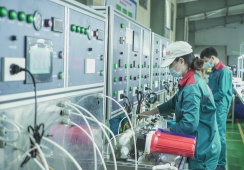 Gov’t to provide tailor-made support for each sector: PM 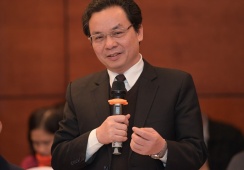