The newly-elected South Korean President had proclaimed his new approach to resolve lasting problems with China and North Korea, much tougher and more resolute toward these two neighbors than out-going President Moon Jae-in

In South Korea, the question about the state power for the next 5 years was answered with the victory of the candidate Yoon Suk Yeol from the opposition party in this year's presidential election. Between the winner and the loser, the candidate from the governing Democratic Party Lee Jae Myung, there was only 0,8% of votes. This difference is extremely thin but legally thick enough to bring about another government in the terms of governing policies.

Theoretically, whenever the political opposition takes state powers from the governing party or alliances, changes in governing policies would be inevitable. South Korea's president-elect, the official handover will happen on May the 10th, promised it during his election campaign. But once after taking office he will be facing the reality that governing does fundamentally differ from campaigning. He might be more aggressive and consequent than his predecessor in fighting corruption and misuse of powers. But he won't have any other policy alternative but to push back the corona pandemic, to push forward long overdue political, economic, and social reforms in South Korea, to reach price stability, and to properly deal with security challenges and complicated relationships with South Korea's 3 countries in the near neighborhood, namely North Korea, China, and Japan. Most easily for him in this aspect will be South Korea's strong and trustable ties with the US under its president Joe Biden.

The fact that the president-elect got only a little bit more voters than the candidate of the governing party will surely remain him that very huge amount of people in South Korea would still prefer and support the old administration so that he must have to continue many domestic and foreign policies of his predecessor. He has to conquer the trust and support of voters who didn't vote for him and quickly bring about success as the incumbent president.

He had proclaimed his new approach to resolve lasting problems with China and North Korea, much tougher and more resolute toward these two neighbors than out-going President Moon Jae-in. In his words, he would prefer standing on the US's side than balancing between the US and China and would implement his strategy of "Peace through Strength and Power" to North Korea while remaining discontent with Japan concerning historical heritages in the past. His new approach would create new security and cooperation as well as international relations constellation in North-East Asia. But his maneuvering space is really limited. China is still too important for South Korea as an economic and trade partner to anger it. North Korea always sees South Korea as a second-rate adversary after the US and South Korea needs Japan as part of the trilateral military and security alliance with the US.

In any way, a new time, even maybe a new epoche, has been broken out in South Korea and its neighboring region. 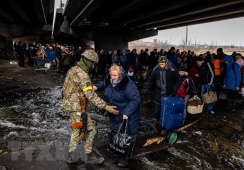 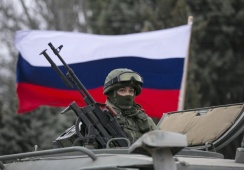