The project aims to improve the competitiveness of museums and support the design of pilot projects in heritage conservation in Vietnam.

A French-Vietnamese cultural cooperation project titled “Sharing and preserving Vietnamese heritage” was announced by the French Embassy on May 9.

French Ambassador to Vietnam Nicolas Warnery said that over the years, France has always emphasized cultural cooperation between the two countries, notably in the fields of museums and heritage preservation.

“The launch of the project opens a new stage for the effective cooperation between French and Vietnam, in line with Vietnam - France joint statement on heritage conservation issued on the occasion of the Vietnamese Prime Minister Pham Minh Chinh’s official visit to Paris in November 2021,” he said.

Under the project, a series of activities will be carried out, including professional training for Vietnamese museum staff; development of training programs for museum careers in universities; and supporting the design of pilot projects in heritage conservation in the North, Central and South regions of Vietnam.

Sophie Maysonnave, Counselor of the French Embassy in Vietnam, said: “ France, home to nearly 1,300 museums, has accumulated a lot of expertise in this field to attract young people. I hope these valuable experiences will be transmitted to colleagues in Vietnam.”

Previously, in the period 2004-2011, France made many contributions to promoting heritages in Vietnam through the project “Re-evaluating Vietnam’s Museum heritage”.

This is considered a successful project in cultural cooperation between the two countries, with close collaboration between experts from some renowned French museums and Vietnamese partners including the Vietnam Museum of Ethnology in Hanoi, and the Museum of Cham Sculpture in Danang City and Dak Lak Museum in Central Highland of Vietnam. 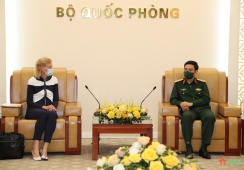 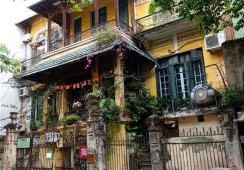 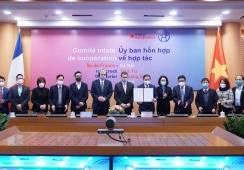