Poland is the first country pledging to hand over to Vietnam such a large amount of vaccines that demonstrates the long-standing and sincere friendship between the two sides.

The Polish Government has decided to present Vietnam more than 501,000 doses of AstraZeneca vaccines and sell over three million doses for non-profit purposes along with other medical equipment worth a combined US$4 million.

The move was revealed during the meeting between Prime Minister Pham Minh Chinh and Polish Ambassador to Vietnam Wojciech Gerwel today [August 17], with the batch set to arrive at the Ho Chi Minh City on August 25.

At the meeting, Prime Minister Chinh said Poland is the first country handing over to Vietnam such a large amount of vaccines, which demonstrates the long-standing and sincere friendship between the two countries.

Chinh also shared the hardship and losses that Poland suffered during the Covid-19 fight with more than three million infection cases and 75,000 deaths.

For his part, Ambassador Gerwel said Vietnam is Poland’s priority partner in the region, and the first non-European country receiving vaccines and medical equipment from Poland.

The Vietnamese Prime Minister expected bilateral relations to continue progressing in the coming time, especially as Poland has been Vietnam’s largest trading partner in Central and East Europe.

Amid Covid-19 impacts, trade turnover between the two countries sharply rose by 34% year-on-year in the first seven months to $1.5 billion.

Chinh called for Poland to continue opening the market for Vietnamese farm produce and seasonal fruits, while pushing for greater cooperation in fields of investment, ODA, national defense, e-commerce, IT, education, and culture.

Both sides agreed on the significance of ensuring security and freedom of navigation on the East Sea, solving territorial disputes via peaceful means, and based on international law that is in line with the 1982 UN Convention on the Law of the Sea (UNCLOS).

Efforts from the Poland-Vietnam Friendship Organization, the support from Polish Ambassador to Vietnam Wojciech Gerwel, and the Vietnamese Ambassador to Poland Nguyen Hung are seen as key factors behind the Polish Government’s decision to transfer this vaccines volume to Vietnam. 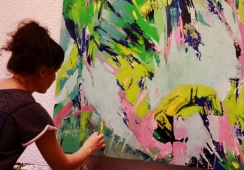 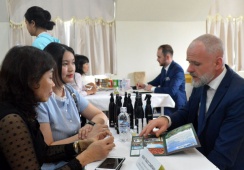