The two cities are speeding up the second shots for about 12.7 million people aged above 18.

The two cities are speeding up the second shots for about 12.7 million people aged above 18, including 5.7 million in Hanoi and 7 million in HCMC.

As of September 16, about 32.37 million shots had been administered nationwide.

HCMC reported 160 deaths, the lowest number in the past three weeks, Pham Duc Hai, deputy head of the city’s Covid-19 prevention and control committee, said at a press conference today.

In responding to the city’s request (to the Ministry of Health) to shorten the interval of AstraZeneca doses to six weeks instead of a minimum of eight weeks, Nguyen Hoai Nam, deputy director of the municipal Department of Health, said it aims at “inoculating all adults aged above 18 with the second shots soon.”

As of September 16, nearly 9 million vaccine doses have been administered in the city, including nearly 2 million people fully inoculated.

According to the authorities, HCMC has recorded more than 315,000 infections and undergone the 25th day of the stay-at-home order.

Currently, it hospitalizes more than 41,000 patients, including nearly 3,000 children below 16.

In those areas, people will not be required to show travel permits, Deputy Chairman of the city People’s Committee Le Hong Son told media today. Meanwhile, people in the “red zone” continue following the shelter-in-place ruling.

To date, the city’s coronavirus infections hit 3,800, including 40% detected in the community. 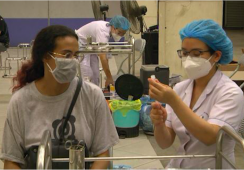 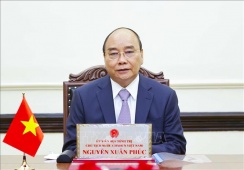 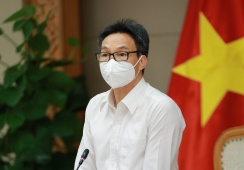