The purpose of the course is to conduct a film lab for emerging filmmakers to grasp the basics of navigating their starting projects and leading them towards forming a career.

UNESCO Vietnam in collaboration with the Centre for Assistance and Development of Movie Talents (TPD) – Vietnam Cinema Association held the opening ceremony of ‘ON THE REEL Film Lab’ online course on October 4.

The course will run from October 4 to 24 with the companionship of the Japan Foundation Center for Cultural Exchange in Vietnam, the General Delegation Wallonia – Brussels (Belgium) in Vietnam, HK Film, WallSound, Hanoi Grapevine, and Colab Vietnam.

When the course ends, the Organizing Committee and the lecturers will select the best projects to award two cash prizes worth US$2,000/each. In addition, the two selected projects also have the opportunity to receive two packages of camera and lighting equipment from the sponsor HKFilm; one audio post-production package from the sponsor WallSound. Award-winning projects must ensure project completion within one year since the end of the course.

Earlier, after nearly a month of calling for film project application (from September 6 to 30 this year), the course’s Organizing Committee has received nearly 100 film project submissions with diverse ideas and genres from film-making individuals and groups.

Six excellent and most suitable film projects were selected to participate in the course, including:

In the first part of the course that will take place from October 5 to 8, director Pham Ngoc Lan will give lessons about the aesthetics of short films and low-budget filmmaking.

After this session, each project will have a separate working session with lecturer Pham Ngoc Lan or guest lecturer Truong Minh Quy.

In part two of the course that will take place from October 21 to 24, Thai independent film director, screenwriter, and film producer Pimpaka Towira will share about the international film industry and skills in film production.

Realizing that there are many young filmmaking talents in Vietnam, the organizing committee hopes that ‘ON THE REEL Film Lab’ would serve as a good start for the selected projects, helping young filmmakers to further develop in their careers and have better access to regional and international film festivals.

According to Pham Thi Thanh Huong, head of Culture Department - UNESCO in Vietnam, making a short film and having it selected for an international film festival have been considered as a stepping stone for the careers of young filmmakers to be promoted.

However, the ways in which one would be able to reach that goal seem rather abstract and overwhelming while the film festival world has been standardized and dominated by the West.

Filmmaking never has a one-size-fits-all approach yet especially during the time of the pandemic, a looming uncertainty forces filmmakers to reassess how they have been traditionally working and how they can adapt to many awaiting changes.

“Therefore, the UNESCO and TPD’s idea of ‘ON THE REEL Film Lab’ would revolve around the qualities of flexibility, versatility, and diversity of a filmmaker,” she said.

The course ‘ON THE REEL Film Lab’ is part of the project “E-MOTIONS: Mobilizing film professionals for regional cooperation” which is being conducted by UNESCO and cooperative partners, with the support from the Trust Fund of Japan. 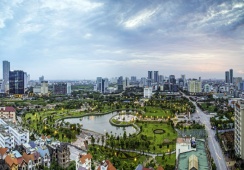