All air carriers have temporarily halted international flights due to the Covid-19 pandemic.

All Vietnamese airlines have announced temporary suspension of international services as travel restrictions across the globe are delivering a strong blow to the aviation industry.

National flag carrier Vietnam Airlines announced on March 19 it would suspend all international flights until April 30 due to the complicated developments of the Covid-19 pandemic, entry restrictions of many countries as well as border closures between nations.

Specifically, the carrier's flights to and from Southeast Asian countries, including Singapore, Thailand, Indonesia, Laos, Cambodia, Myanmar will be halted from March 21 while services to/from the UK and Japan will be temporarily canceled from March 23.

Its flights to Germany and Australia will be stopped from March 24 while those returning to Vietnam will be canceled from March 25.

The low-cost carrier also announced on March 3 to suspend all flights between Vietnam and South Korea from March 7.

Meanwhile, startup airline Bamboo Airways announced to postpone its plan to fly between Hanoi and Prague of the Czech Republic as originally scheduled from March 29 to April 26 due to the pandemic. Other international flights have also been canceled.

According to the carriers, passengers on flights affected by schedule alterations during the Covid-19 pandemic time can change their flight date and time free of charge.

Travelers arriving from pandemic-hit areas at Noi Bai International Airport revealed from March 19 will be channeled and sent to concentrated isolation areas where they make health declarations and are taken samples for Covid-19 test.

The regulation is approved by the Ministries of Health and Transport to reduce congestion due to the implementation of many safety procedures for passengers arriving at the airport in recent days. 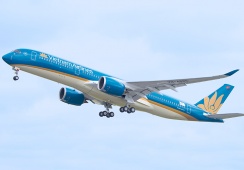 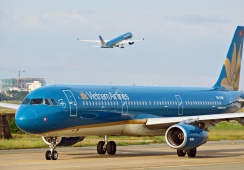