Vietnam possesses an array of 14 Elements on the Lists of Intangible Cultural Heritage recognized by UNESCO from 2008 to 2021.

Vietnam has become a member of the United Nations Educational, Scientific and Cultural Organization (UNESCO)'s Intergovernmental Committee for the Safeguarding of the Intangible Cultural Heritage in 2022-2026 tenure.

The Southeast Asian country was elected by 120 votes, the highest among 12 elected members, at the 9th session of the General Assembly of the States Parties to the Convention for the Safeguarding of the Intangible Cultural Heritage held at UNESCO Headquarters, Paris on July 5-7, 2022.

This is the second time Vietnam has carried out this mission at one of UNESCO’s governing bodies.

Ambassador Le Thi Hong Van, Permanent Delegation of Vietnam to UNESCO, said the membership would enable Vietnam to continue contributing to the implementation of the 2003 Convention, boosting the role of intangible cultural heritage, which matters a lot for cultural diversification, social connections, and development momentum.

The move partly recognizes Vietnam’s contributions to the preservation of intangible culture domestically and internationally. It will boost Vietnam’s prestige on international agendas and help it strengthen its multinational diplomacy.

“Vietnam is firmly committed to the implementation and the noble objectives of the 2003 Convention,” Van said, affirming that in the past years, Vietnam has tried its best to mainstream the content and spirit of intangible cultural heritage (ICH) into law and translate them into reality. “We have now embarked on the revision of the Law on Cultural Heritage in the spirit of valuing the role and contribution of ICH artisan communities and owners such as transmission inventory approach documentary and promotion of the values of ICH,” she noted.

Le Thi Thu Hien, Head of the Cultural Heritage Department under the Ministry of Culture, Sports and Tourism (MCST), said the ministry has been entrusted with amending the Law on Cultural Heritage for better protection of cultural heritage, including intangible one.

The 2003 Convention will be an important legal tool contributing to the issuance of Vietnam’s regulations, she noted.

Accordingly, Vietnam will promote UNESCO’s priorities and the Convention’s goals, encourage intercultural dialogues and sustainable development, as well as commemorate the 20th anniversary of the launch of the Convention in 2026.

The election of new members takes place every two years during the ordinary session of the General Assembly of States Parties.

The Intergovernmental Committee for the implementation of the Convention for the Safeguarding of the Intangible Cultural Heritage (the 2003 Convention), with 24 members, has core functions of promoting the objectives of the Convention; using the resources of the Intangible Cultural Heritage Fund; inscribing intangible cultural heritage manifestations; selecting and promoting programs, projects and activities submitted by States Parties; and proposing to the General Assembly the accreditation of non-governmental organizations. 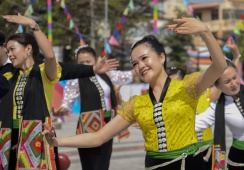 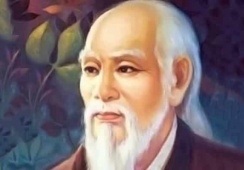 UNESCO submission to honor the “father of Vietnamese medicine”