By joining the treaty, Vietnam hopes to have an effective legal basis for the protection of works and the right of their authors in the digital environment.

Being a special agreement under the Berne Convention, the WIPO Copyright Treaty (WCT) deals with the protection of works and the rights of their authors in the digital environment.

In addition to the rights recognized by the Berne Convention, they are granted certain economic rights. The WCT mentions two subject matters to be protected by copyright:  computer programs, whatever the mode or form of their expression; and compilations of data or other material "databases".

“By clarifying existing rights and creating new online rights for the digital era, the treaty helps to ensure that creators around the world are in control of their work and are fairly rewarded for its use. This is important in a country like Vietnam where the high growth potential of the creative and cultural industries is helping to drive economic development forward,” he stated.

Speaking at the hand-over ceremony of Vietnam’s instrument of accession to the WIPO Copyright Treaty, Ambassador Le Thi Tuyet Mai stressed: “Vietnam's accession to WCT is aimed at not only honoring our commitments in new-generation free trade agreements that Vietnam has recently signed, such as the Comprehensive and Progressive Agreement for Trans-Pacific Partnership (CPTPP) and the EU-Vietnam Free Trade Agreement (EVFTA), but creating an effective legal basis for the protection of works and the rights of their authors in the digital environment.”

She believed that the WCT Treaty is especially useful for developing the software industry and digital platforms that Vietnam is promoting.

The provisions of the Treaty will officially take effect for Vietnam after three months from November 17.

The Treaty was concluded in 1996 and entered into force in 2002. It provides an important economic incentive for individuals and companies to innovate in the digital environment; provide a legal basis for healthy e-commerce; sustain national copyright industries, attract investment and protect creativity in the country. This treaty has been currently signed by 110 states. 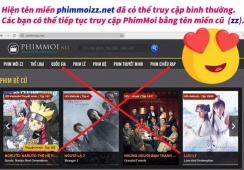