No interpellations will be included at the month-long session.

Vietnam’s National Assembly (NA) of the 14th tenure (2016-2020) opened today [May 20] the ninth biannual plenum with an online meeting, the first-ever of its kind due to the coronavirus pandemic.

The ninth plenum will include two sessions, with the first one to be held online from May 20 to June 4 and the second one taking place from June 10 to June 19 at the National Assembly Headquarters in Hanoi.

At the virtual meeting, live connections will be established in all 63 provinces and cities for the representatives from their localities to have speeches and discussions online, the National Assembly's General Secretary Nguyen Hanh Phuc told local media.

Meanwhile, speeches and discussions at the hall will take place according to regular procedures.

Notably, there will be no interpellations at the parliament like before. The NA deputies will make questions to cabinet members via documents.

Zing cited deputy Nguyen Ngoc Phuong from Quang Binh NA Delegation who expressed concerns about the effectiveness of the online meetings. He said that the discussions might not give results as expected.

Deputy Pham Van Hoa from Dong Thap Delegation said this plenum will discuss many issues of public attention like embezzlement in the procurement of coronavirus testing machines, the covering up of a mafia-like gang in the northern province of Thai Binh.

In addition, deputies want to listen to the government’s solutions to achieve its “dual goal” that include effective fight against the pandemic and economic development, Hoa noted.

Reports at the opening day

At the opening session on Wednesday, a number of reports have been presented, including those on the 2019 socio-economic situation and plans for 2020 and constituents’ recommendations sent to the parliament.

Prime Minister Nguyen Xuan Phuc presented issues in relation to the socio-economic situation and budget well as the impacts of the Covid-19 pandemic and response. 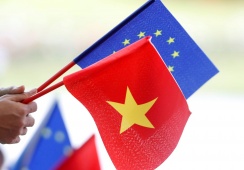 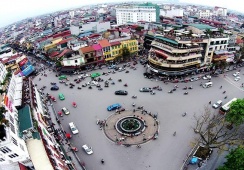 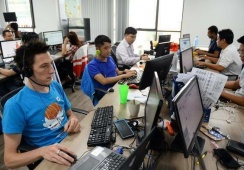