Vietnam affirms to support the repatriation of foreigners whose residence permits expire.

Vietnam’s Ministry of Public Security will coordinate with the Ministry of Foreign Affairs (MOFA) to check visa validity of foreigners to find out those who have overstayed.

The government of Vietnam will facilitate the repatriation of foreigners, according to instructions of Prime Minister Nguyen Xuan Phuc, reported by VnExpress.

Foreigners in Vietnam who will have overstayed their temporary residence validity period for less than 10 days because of objective reasons and force majeure situations will not face penalties, according to an announcement of the Ministry of Public Security's Immigration Department, which has been shut for 15 days starting April 1 and will handle emergency cases only.

The closure is in line with the Vietnamese government’s nationwide isolation policy valid until April 15 to contain the coronavirus outbreak.

However, anyone who deliberately violates the Law on Entry, Exit, Transit and Residence of Foreigners in Vietnam would be expelled.

The Ministry of Transport will be responsible for the transport of the foreigners back to their countries.

At a press conference on April 9, the MOFA’s Spokesperson Le Thi Thu Hang said that Vietnam always creates favorable conditions for foreign diplomatic missions to conduct citizen protection measures and for foreigners who face difficulties on their way back home.

Over the past time, Vietnam has worked with foreign missions to support citizens of some European countries to return home. In the coming time, the country will continue assisting for the repatriation of foreign visitors, the spokesperson said.

Some people have opined that many foreigners have sought Vietnam as a shelter for the pandemic thanks to the country’s good precautionary measures against the virus.

Foreigners who undergo mass quarantine and coronavirus tests in Vietnam have to pay no charge.

Mark A. Ashwill, an international educator who has been working in Vietnam since 2005, wrote on his blog, An International Educator in Vietnam, that foreigners who live and work in Vietnam should only fly home unless they absolutely had to for personal and/or professional reasons.

“It would be akin to jumping from the food warmer into the fire, in the case of the US and a long list of other countries with high coronavirus infection rates,” he said in response to Health and Travel Alert by US Secretary of State Michael R. Pompeo on March 31. In the alert, the secretary urged US citizens interested in returning to the United States during the outbreak of Covid-19 to make immediate use of available commercial flight options.

The Tuoi Tre newspaper has quoted several foreigners who live in Vietnam as saying that they chose to stay in Vietnam rather than flying back to their countries.

Wayne Paris, an American in Ho Chi Minh City, said he canceled a flight home as he believed in the fight against the epidemic in Vietnam, saying that both authorities and people are serious in taking protective measures.

British man David James who lives in the southern city of Can Tho said he felt absolutely safe here in Vietnam as the country’s precautionary measures are remarkable. Meanwhile, Patrick M Davies, a Briton who works as an English teacher in Ho Chi Minh City, said he would stay here until the pandemic ends and would fly home only when he was forced to go. 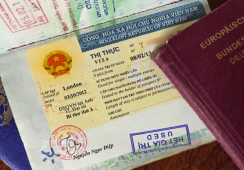 Vietnam not to penalize foreigners’ overstay during national social distancing 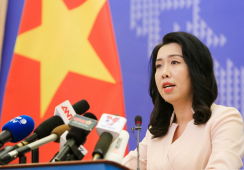 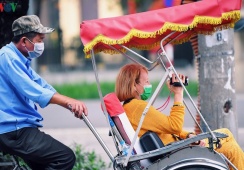 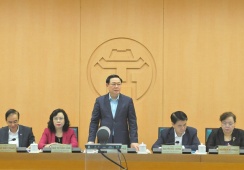