Vietnam to ensure macro-economic stability at all costs: PM

Greater efforts are required to combat corruption and violations of the law, especially in the issuance of corporate bonds, stock market and real estate, Prime Minister Pham Minh Chinh has said.

The Vietnamese Government would ensure macro-economic stability at all costs, which lays the foundation for a rapid socio-economic recovery and eventually sustainable development.

Manufacturing and processing grew by 6.37% year-on-year during the period and remain a key growth engine for the economy.

Meanwhile, the country’s credit growth expanded by 4.03% during the January-March period, significantly higher than the 1.47% recorded in the same period last year, showcasing the high demand for capital from businesses and people at the time when the economy is in the recovery process.

Another key highlight of the economy was a record high of nearly 60,000 new businesses created in the first quarter, nearly triple the figure from the same period last year, while the FDI disbursement also rose to a five-year high of $4.42 billion, up 7.8%.

Trading activities have also witnessed a positive trend with exports rising by 14.4% to $176.35 billion during the three months, taking the trade balance from a deficit of $1.96 billion in February to a surplus of $809 million by the end of March.

Prime Minister Chinh stressed the challenges for the economy in times ahead, including the Russia-Ukraine conflict and its impacts on the global economy, high logistics costs, and inflationary pressure.

Chinh also mentioned several cases related to economic crimes relating to the real estate and stock markets, which requires drastic measures from the authorities to deal with.

“Greater efforts are required to combat corruption and violations of the law, especially in the issuance of corporate bonds, stock market, and real estate,” he said.

He called for Government agencies to push for greater effectiveness in public investment and utilization of ODA funds as key solutions to boost growth. 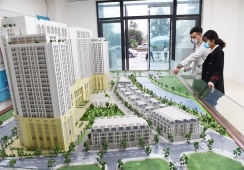 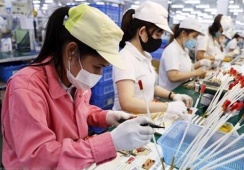 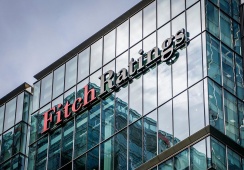