Preparation, communication, and execution will be key for the success of any tourism revival efforts in Vietnam, according to foreign experts.

The northern province of Quang Ninh has reopened its door to domestic visitors after 84 days without any new locally Covid-19 infected cases.

The move is seen as a start marking the recovery of the country's tourism service after Quang Ninh Province has completed the delivery of the first shot of the Covid-19 vaccine to all the residents while preparing the second jab program, which will be conducted soon. It will also be a steppingstone to helping the country welcome visitors from foreign countries in the future.

According to Secretary of the Quang Ninh Provincial Party Committee Nguyen Xuan Ky, the province has planned to welcome back domestic visitors from other localities without reporting local transmissions within 14 days, in the last two months of this year. They are required to be fully vaccinated and take PCR tests 48 hours before arriving in the province.

The province is working hard to contain the pandemic while maintaining a safe environment for the resumption of tourism activities, he said.

Dao Thanh Toan, a mining worker in Quang Ninh Province where is home to the famous Ha Long Bay, feels excited when his homeland has reopened tourist sites after a long period of strict social distancing.

The first thing Toan wanted to do is to plan the first trip to Ha Long Bay, the UNESCO World National Heritage site, after nearly three months. “I will take my family to enjoy relaxing on the beach as well as on a cruise boat this month,” he happily told The Hanoi Times.

It is the first phase of the city’s roadmap to recover the tourism industry along with the economic revival plan. The HCMC Department of Tourism has also completed the draft plan on three-phase tourism recovery in which phase one will be implemented from September 16 to October 30, phase two from October 31, 2021, to January 15, 2022, and the last one after January 15, 2022.

Many people in the two destinations have been luckier than those in other localities, who want to travel soon.

As the pandemic is under control, visiting a self-contained resort area like Ba Ria-Vung Tau, Phu Quoc Island is the desire of Tran Thang, a 35-year-old architect who lives in Hanoi’s Bach Mai Street. “This will be the first destination in my family's upcoming plans and I’m so eager to go there,” he told The Hanoi Times.

IHG Hotels & Resorts, with its expansion plans across Vietnam, also saw a growing demand in domestic travel especially for its hotels in resort locations including InterContinental Grand Ho Tram in the southern province of Ba Ria-Vung Tau with intergenerational families holidaying together.

With its latest launching of Holiday Inn Resort Ho Tram Beach in the last quarter of this year, the international group expected to deliver guest experiences when travel recovers, a representative from IHG told The Hanoi Times.

However, reopening to tourists requires a great effort of localities including the largest island of Vietnam, Phu Quoc in Kien Giang Province. The island city is speeding up the completion of the first injection in the last three days of September and the second before October 15 to roll out its trial reopening on November 20 according to the plan.

Mauro Gasparotti, Director of Savills Hotels APAC said the six-month pilot reopening in Phu Quoc will allow the country to be put back onto the international tourism map, along with destinations like Thailand or Indonesia which are also in this process.

However, there are still several concerns about the plan, according to the director of Savills. “The first concern is timing, as several steps need to be completed before the plan can be carried out safely and correctly. The second concern is its ability to attract tourists,” he added.

“Visitors like to experience the culture, usually across multiple destinations when visiting the country. As they will be restricted to only one property and will not be able to move around freely, it may not be seen as an attractive destination,” he told The Hanoi Times.

The central province of Quang Nam, home to UNESCO-recognized Hoi An Ancient Town, is also racing to be ready to reopen. Nguyen Thanh Hong, Director of the provincial Department of Culture, Sports and Tourism said the province had preparation plans to welcome international tourists by charter flights according to the “vaccine passport” model.

Leaders of Khanh Hoa Province had a scheme to resume tourism activities. In the first phase, the “Khanh Hoa people travel Khanh Hoa” program would be deployed, then the province will reopen to domestic travelers from non-pandemic areas and those who are fully vaccinated with a negative coronavirus test certificate issued 72 hours before departure.

The next step is to welcome international visitors with "vaccine passports" arriving in charter flights, according to the provincial Department of Tourism.

As the beach city of Danang is working out a plan to recover tourism, Truong Thi Hong Hanh, Director of the Danang City Department of Tourism defined some challenges for the resumption of travel and service activities in the current context.

She suggested local businesses be very careful because conditions for disease prevention and control, green cards issuance, and isolation regulations vary among provinces, cities, and countries.

Being of the same mind, Dr. Nuno F. Ribeiro, Tourism and Hospitality Management Senior Lecturer and Research Cluster Lead, RMIT University said: “At the present stage, it is better to be careful and slow in reopening, rather than rush and risk new outbreaks and the subsequent stress on  health infrastructure.”

He underlined preparation, communication, and execution will be key for the success of any tourism reopening efforts in Vietnam.

He noted localities should give priority to vaccination against Covid-19 for the workforce in the tourism sector and strengthen linkage and coordination activities to bring tourism activities back in a safe and attractive manner.

Dr. Ribeiro believed the year 2022 can be “the light at the end of the tunnel” for tourism if the country can ensure good coordination between the Government and all industry stakeholders and put the necessary health and safety measures in place. 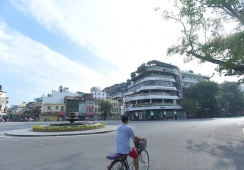 Hanoi's tourism firms get creative to survive during the pandemic 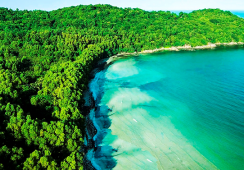