The program is expected to help Vietnam fulfill the goal of achieving both pandemic control and economic growth.

Vietnamese authorities have been accelerating the process to implement “vaccine passport” program and adjust regulations on immigration, creating favorable conditions for experts, foreign labor, and investors to enter the country, said the Vietnamese Vice Spokesperson of the Ministry of Foreign Affairs, Doan Khac Viet, on September 9.

The official was answering reporters' queries about the possibility of a wider scale of the program after the first “vaccine passport” flight landed in Vietnam this month at a press conference held by Vietnam’s Ministry of Foreign Affair in Hanoi.

“We are also pondering piloting a tourism sandbox for fully vaccinated tourists from overseas”, Viet said.

Earlier, a Vietnam Airlines flight carrying 297 Vietnamese citizens back from Japan arrived at Van Don International Airport in the northern province of Quang Ninh on September 4. The passengers were the first to enjoy the new seven-day quarantine pilot protocol, as part of the piloted “vaccine passport” program.

Vietnam has closed its borders since March last year but has gradually allowed the entrance of a limited number of foreign diplomats, experts, executives, highly skilled workers, and repatriated Vietnamese, but there is no solid plan to welcome tourists yet. 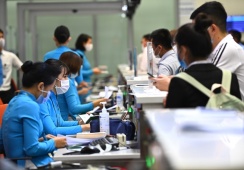 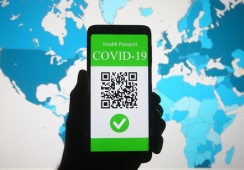