This is the largest retail network in Vietnam with nearly 3,000 stores.

A network of eight supermarkets and 15 stores of the VinMart/VinMart+ chains in Hanoi are linked to a coronavirus cluster that originated from its supplier, the retailer confirmed on Monday [August 2].

The index case is a 21-year-old intern at Thanh Nga Company that supplies meat to the supermarket chain and some other retailers in Hanoi.

As of July 31, the cluster causes 21 infections, mostly in Minh Khai Street, Hai Ba Trung District. The company’s office was closed and the lane surrounding it was isolated.

VinCommerce which manages the supermarket chains confirmed on Monday [August 2] that the network has stopped receiving food from the supplier right after the announcement of the index case.

The retailer is complying with safety regulations and working with authorities in contact tracing and precautionary measures, it said.

Regarding a list of hundreds of VinMart/VinMart+ stores are linked to the index case and the possible transmission published on the social networks, VinCommerce said it’s not correct and might cause chaos as well affect the anti-pandemic work.

While the above-mentioned supermarkets and stores are temporarily closed, the remaining supermarkets and VinMart/VinMart+ stores in Hanoi will increase their serving capacity to meet the consumption demand of consumers.

According to the company, more than 6,500 staff of the retailer have been vaccinated so far.

VinMart/VinMart+ is the largest retail network in Vietnam with nearly 3,000 stores nationwide.

When Covid-19 attacks urban cities, the retailer has benefited more from rising demand during the restrictions.

Nguyen To Kieu Trinh, South Operation Director of VinCommerce, said the rate of in-person shopping in Ho Chi Minh City rose 20% while online shopping increased by 50% over the past months.

The VinMart/VinMart+ network is now owned by Masan Group after the acquisition from Vingroup in October 2019. Both Masan and Vingroup are leading private conglomerates in Vietnam. 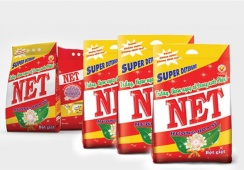 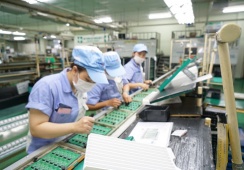