The Hanoitimes - In recent years, e-government application in Hanoi has achieved many positive results, contributing to enhancing the city's competitiveness.

Building e-government and applying information technology are now more urgent than ever for Hanoi, Chairman of the municipal People's Committee Nguyen Duc Chung stated at a meeting on May 26.

According to experts, the post-Covid-19 period will see exponential growth in online meetings and transactions, online medical treatment and e-commerce.

However, he requested leaders of the city's departments, agencies and districts to be more proactive and responsible to accelerate the application of e-government by solving pending tasks.

Besides, the municipal government needs to focus on applying the world's latest technologies, in parallel with training human resources that are proficient in information technology.

Reporting at the meeting, Director of the municipal Department of Information and Communications Nguyen Ngoc Ky said that in recent years, the city's political system has been determined to promote information technology application and development.

So far, many targets and tasks have been fulfilled. The basic foundation of Hanoi’s e-government has been created and developed towards building a smart city.

Citizens can participate in the formulation of policies, contribute to the operation of the municipal government through the Hanoi Portal and the portals of the city’s agencies.

According to Head of the Office of the Hanoi People's Committee Vu Dang Dinh, Hanoi has built the Hanoi Smartcity software, an interactive information channel between the municipal government and its citizens, which has shown its effectiveness in the fight against Covid-19. As of May 24, the app had received nearly 16 million hits.

In the near future, Dinh said that Hanoi Smartcity app will be upgraded into an interactive information channel between the city’s residents and government in all socio-economic and cultural fields, including security and order, health, education, online public services, transportation, environment, tourism, among others. 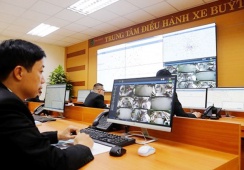 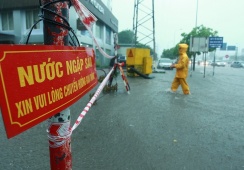