Delay in the release of new cases is believed to harm the prevention and control of the pandemic.

Chairman Nguyen Duc Chung of the Hanoi People’s Committee has again proposed prompt disclosure of coronavirus-infected cases instead of twice a day at the current fixed time.

Chung referred to the fact that the Ministry of Health is the only agency in charge of publicizing the confirmed Covid-19 cases twice a day, at 6:00 am and 6:00 pm.

The delay in reporting would slow the prevention and control of the pandemic, Hanoi’s mayor said at a meeting on Monday.

The slow announcement of Covid-19 patients in the day sometimes leads to misunderstanding of the real situation, causing underestimation among people, Chung emphasized.

The Hanoi Center for Disease Control and Prevention (CDC) is allowed by the ministry to take swab samples and confirmed the results. For that reason, the municipal city on March 29 proposed the government allow the Hanoi CDC to announce the confirmed cases. The permission enables Hanoi to take immediate measures against the new cases and get support from local authorities and people.

The ministry should change the way of disclosure to match the reality, Chung said, noting that inconsistent information would cause confusion among people.

With 114 patients, Hanoi tops localities nationwide for the number of infected cases. Of the total, 52 people have recovered, accounting for 45.6% of the infections. 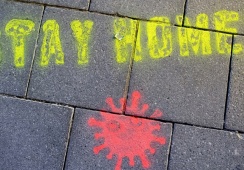 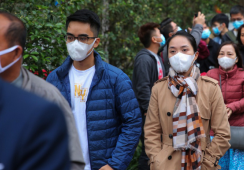 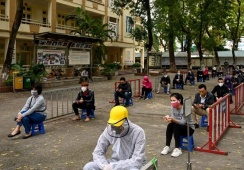