The Hanoitimes - The newly set up Wi-Fi hotspots will be put into operation by October 10 to mark the 1,010th anniversary of Thang Long - Hanoi foundation.

Hanoi will provide free Wi-Fi for another 14 tourist and historical sites in the time ahead, following the recent approval by the municipal government, VnExpress reported.

The newly set up Wi-Fi hotspots will be put into operation by October 10 to mark the 1010th anniversary of Thang Long - Hanoi foundation.

This is part of the city’s efforts to boost tourism development between 2016 and 2020 period and the years to come, while supporting the construction of e-government and smart city.

It also targets to contribute to speeding up the promotion of the capital's potential, tourist products, services, and tourist attractions; creating a beautiful impression of Hanoi - the city of peace, safety and friendliness in foreigners’ eyes.

Free Wi-Fi in Hanoi will be always available, said a representative of the municipal tourism sector. When connected, users can access high-speed Internet with unlimited capacity and number of logins.

The number of Wi-Fi hotspots has been expanded for the convenience of Hanoi residents and tourists in reading news, looking up information, watching movies, listening to music and performing public services.

On Hanoi Book Street, the Wi-Fi test on September 14 showed a connection that is easy to maneuver reached a speed of approximately 80 megabits per second.

Hanoi is not the first city in Vietnam to provide free Wi-Fi. Tourist cities like Hoi An, Hue and Danang in the central region and Hai Phong and Ha Long in the north have gone wireless since 2012. 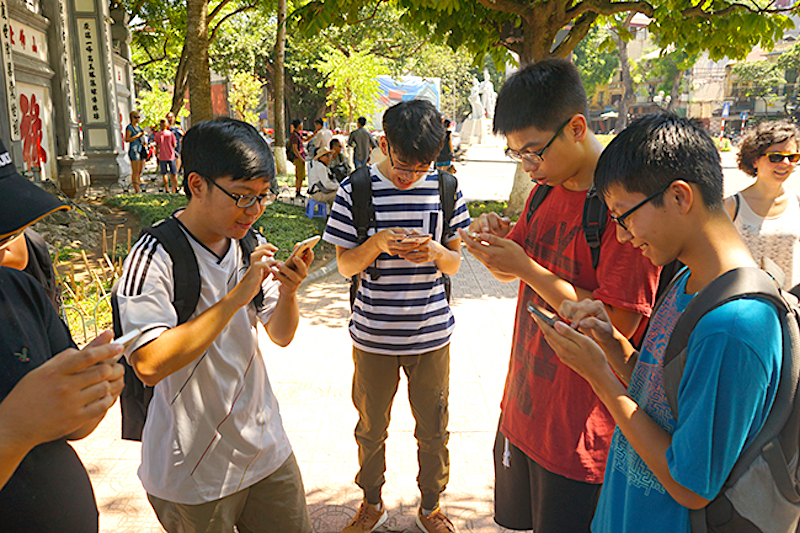 Visitors to Hanoi to enjoy free Wi-Fi at tourist attractions