The Hanoitimes - Vietnam will be the first leg of Mr. Suga’s overseas trip as Japanese PM like his predecessor, Mr. Abe Shinzo, did in 2012 after being elected as PM for a second term.

Newly-installed Japanese Prime Minister Suga Yoshihide has accepted the invitation to visit Vietnam in a suitable timing made by his Vietnamese counterpart Nguyen Xuan Phuc.

The invitation was extended and accepted in a telephone conversation between the two leaders on Monday afternoon, the Vietnamese foreign ministry said.

PM Phuc affirmed that Vietnam always considers Japan a partner of the highest importance and expressed hope for further cooperation in bilateral and multilateral issues.

Meanwhile, highly valuing Vietnam’s status in the regional and global arena, Mr. Suga asserted his wish to bring the bilateral relationship to new heights and committed to contribute to the success of the upcoming ASEAN summit, to be held next month.

News on Mr. Suga’s Vietnam visit in mid-October emerged in late September on Japanese media. A Vietnamese foreign ministry spokesperson said on October 1 that Vietnam welcomed the new Japanese PM’s visit in a time that would be convenient for both sides as the Vietnam-Japan Extensive Strategic Partnership is thriving.

Vietnam will be the first leg of Mr. Suga’s overseas trip as Japanese PM like his predecessor, Mr. Abe Shinzo, did in 2012 after being elected as PM for a second term. Besides Vietnam, the new Japanese PM plans to come to Indonesia.

Japanese Ambassador to Vietnam Yamada Takio and Minister-Chairman of the Government Office Mai Tien Dung met on October 7 to discuss the preparations for Mr. Suga visit.

The visit would be highly meaningful to the bilateral relationship as the two countries are resuming cooperation in all fields, which indicates Japan’s consistent foreign policy of treasuring ties with Vietnam and the region, said Minister Dung. 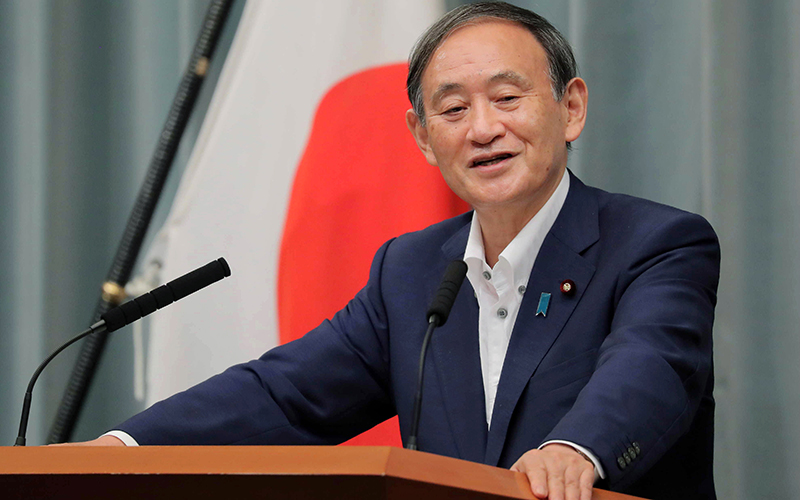