The Hanoitimes - The new chief representative of JICA has pledged to boost a good relationship with Vietnam.

The Japan International Cooperation Agency (JICA) has been making its best efforts for many years to contribute to the development of Vietnam and to strengthening the Japan-Vietnam relations.

The agency has significantly helped build up the bilateral ties through cooperation schemes such as technical cooperation, provision of ODA loans and grant aid, Chief Representative of JICA Vietnam Office Shimizu Akira has said.

For sustainable development of Vietnam in the future, JICA’s support for infrastructure development remains as important as ever, Mr. Akira said in a message on the occasion of starting his mission in Vietnam.

This is the second assignment of Mr. Akira in Vietnam as JICA’s chief representative after the first took place 10 years ago, from March 2010 until February 2014.

In his first assignment in Vietnam, he felt the people’ energy, which seemed to be saying that “Today is better than yesterday and tomorrow must be better than today.” Just as he felt, Vietnam has made remarkable progress in socio-economic development and various other aspects.

Regarding the fight against Covid-19, Mr. Akira said he discovered a new aspect of this country that has successfully contained community transmission and reported no deaths from the novel coronavirus.

“It seems to me that people are very calm even under the social distancing measures. I have been wondering how they have managed to respond to this new threat and where the calmness of these people comes from, and I felt the immense power of the people in this country,” he exclaimed.

“I myself, working under the organization which is implementing international cooperation, have been considering each country, Japan and Vietnam, as partners and working with a focus on building the relationship between the two countries through ODA. But through the situation I experienced this time, I began to think that, I myself need to learn from our partner country more than ever, and work together to tackle the challenges of the new post-corona world,” Mr. Akira emphasized.

In 1992, JICA started its cooperation activities in Vietnam by posting Japanese experts and receiving participants from Vietnam for training in Japan. 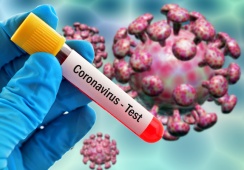 Vietnam should be cautious about environmental impact investment: JICA