The Hanoitimes - JICA, through Japan's official development assistance (ODA), has been supporting Vietnam to strenghthen biosafety labs since 2006.

The Japan International Cooperation Agency (JICA) has provided the first batch of testing reagents in an emergency assistance worth JPY14 million (US$127,400) to help Vietnam cope with the epidemic of a novel coronavirus (nCoV)-caused respiratory sickness.

JICA granted the support in response to an urgent request from Vietnam’s National Institute of Hygiene and Epidemiology (NIHE).

The handing-over ceremony of the first batch of reagents on February 7 with the attendance of Mr. Konaka Tetsuo, Chief Representative of JICA’s Vietnam Office and Prof. Dang Duc Anh, head of NIHE.

Testing reagents will be used to test for the rapid detection of nCoV, a countermeasure against nCoV epidemic in Vietnam.

According to JICA, this support is a part of the ongoing “Project for Capacity Development for Medical Laboratory Network on Biosafety and Examination of Highly Hazardous infectious Pathogens” which marks the support of two long-term experts who are dispatched to strengthen the capabilities and collaboration of major inspection agencies in Vietnam, such as NIHE and the Ho Chi Minh City Pasteur Institute.

NIHE has been designated by the Vietnam’s Ministry of Health as the leading institution to perform definite diagnosis of suspected cases in the Northern region.

Vietnam has been exposed to a variety of emerging infectious diseases, including severe acute respiratory syndrome (SARS) in 2003 and highly pathogenic avian influenza (H5N1) in 2004.

Since 2006, through Japan’s government development assistance (ODA), JICA has been supporting the installation and strengthening of biosafety level three (BSL-3) laboratories that enable safe handling of these high-risk pathogens.

The first nCoV patient was confirmed on January 23 at Cho Ray Hospital in Ho Chi Minh City. A Japanese doctor (JICA expert) who works at the hospital had provided reference materials to the hospital’s infection control department and supported to enhance the preparedness through series of joint learning sections with colleagues of the hospital.

As of February 9, Vietnam confirmed 13 infected cases, of them three have recovered, and 83 others in quarantine. The global number is 37,552 infections and 813 deaths, including two outside China.

Since early February, the Vietnamese government has declared the national epidemic of nCoV and taken tough measures to curb it. 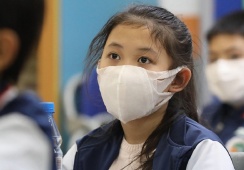 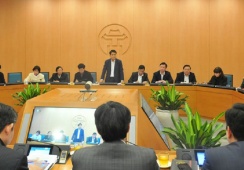